UNITED KINGDOM - The bid for Tesco’s Korean chain, Homeplus, is heating up.

MBK states that it has a key focus on acquisitions in North Asia, including Korea, Japan and Greater China, putting Homeplus' more than 900 stores in its sights. The report also stated that the company’s offer is backed by the Canada Pension Plan and Singapore state investor Temasek.

On its website, Tesco says Homeplus is serviced by Asia’s largest fresh distribution center, Hamahn Fresh Distribution Centre, as well as two others in the region. 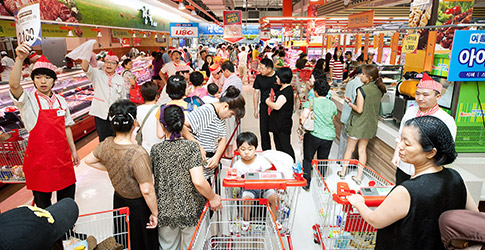 According to a Market Watch report, private equity firms are particularly interested in chains and opportunities in South Korea due to both availability of affordable real estate and the size of the deals. MBK Partners, one of the largest independent buyout firms in Northern Asia, manages about $8.2 billion in assets.

As we previously reported, the retail chain that remains one of the Big Four in the UK in early June. The list of potential buyers has included:

Will this be the final bidder before the chain is sold? Keep checking in with AndNowUKnow as we continue to report on this developing story.