CHICAGO, IL - Packing a one-two combo this year in an effort to change the way people think about food artistry and food waste, are a pair of innovative organizations, Culinary Fight Club and Fight2Feed. With both groups citing 2018 as a year of expansion and growth, their CEO Jiwon McCartney joins me to discuss the road ahead and the mission for each. 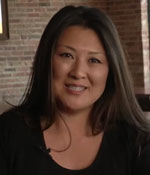 “The vision and ultimate goal for growth is to expand Culinary Fight Club (CFC) into every state in the U.S.,” Jiwon shares with me. “Fight2Feed (F2F) was created with the intent on affecting change in the U.S. With a food waste statistic of 40-plus percent in the U.S. alone, I am compelled to believe that it is time to make change happen. CFC events are currently the sole funding source for F2F received regularly. With 20 percent of it ticket sales going to F2F, we put every dollar right into the meals we serve.”

CFC drives engagement and visibility and makes an intense sporting event out of cooking, bringing the passion of a high-energy kitchen and the thrill of a timed competition for the audience to enjoy. As a charitable organization, Fight2Feed has a mission of rescuing food from restaurants through chefs’ and food distributors’ donations, and by mobilizing meals made by Fight2Feed volunteers and chefs to share with hungry folks in need. F2F started with once a month service of 300 to 500 meals and now serves twice a month with upwards of 700 to 1,000 meals just in Chicago alone. 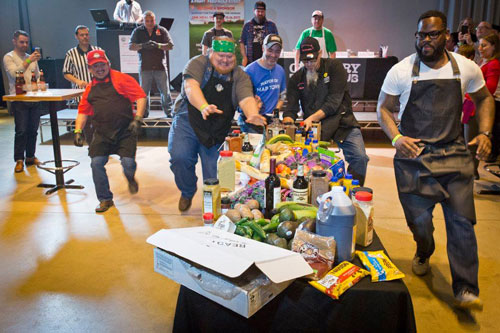 To add to the excitement around the CFC and F2F initiatives this year, Reinhart Foodservice (RFS) is also jumping on-board as an event and pantry sponsor in key markets in 2018 and will be assisting in five cities, including Kansas City, Missouri; Omaha, Nebraska; Boston, Massachusetts; Chicago, Illinois; and Ohio to support Fight2Feed with resources and donations.

Now, with Atlanta, Georgia, and Kansas City picking up the cause with newly inducted F2F chapters, Jiwon’s hope is that they can continue to inspire others to taking action.

“If we can make any dent in food waste and getting it to those in need, we have made a world of difference and that is all we can hope for. One step at a time," she says. 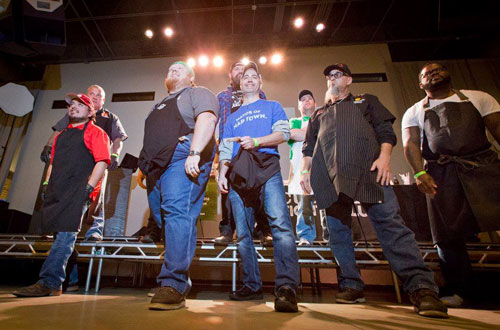 When I ask Jiwon what makes her so passionate about the projects, she tells me that CFC is something she is personally drawn to.

“I love watching cooking shows and I’m seriously a closet Gordon Ramsey fan. Top Chef is another fave show I love, and it always made me wonder how they can do it all so well,” Jiwon reflects. “I knew how long it took to prep and I asked myself, who the heck cooks like that in their own homes? And, why shouldn’t we cook fresh at home like they do? Well then, I started to challenge the theory.”

The questions lead to Jiwon finally asking, “Can they do that in my kitchen, with limited time, limited equipment, limited ingredients, and conclude with the creation of amazing delicious gourmet plates?” 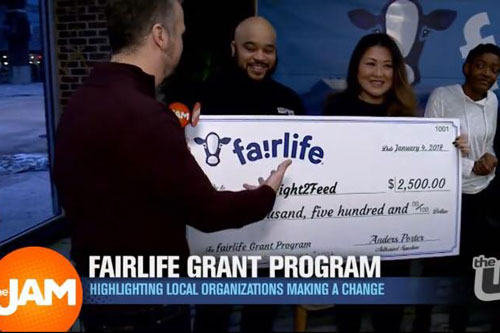 Jiwon’s initial hope was that CFC live events could reveal to all of us that it can be done—we can all cook fresh.

“And maybe we can change our behaviors about eating out for convenience and make better choices about food. CFC can inspire people to start traveling for their favorite foods, rather than expecting it as quickly and as accessible as possible. This is why we are now in 19 cities—to connect the dots and inspire a ‘will travel for food’ movement,” Jiwon tells me.

So, exactly what markets and how many events will be in each region for 2018? Check it out...

As a message to the industry, Jiwon tells me that sweat equity is king. 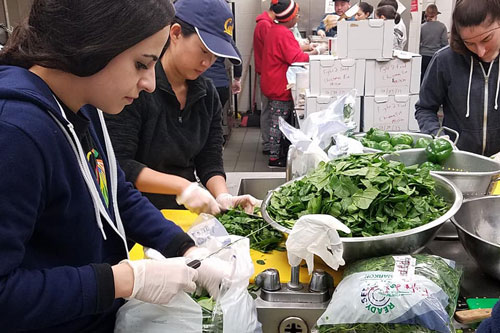 Congrats, Jiwon, on the amazing impact of both operations, and we are excited to see you shoot for the stars in 2018!