EL SEGUNDO, CA - Fresh & Easy has announced through the company’s YouTube account that they were closing 50 stores, including 30 in Southern California. The other 20 are expected to be throughout Nevada, according to Los Angeles CBS7.

“The company is now in a better position to rationalize its store base and divest locations that do not meet the criteria of Fresh & Easy’s model of modern convenience. This move allows the company to redeploy capital into development and growth, including a 3,000 to 5,000 square foot store to provide a higher level of convenience and greater density,” a Spokesperson for the company said.

Fresh & Easy has also begun working with ADMI, the firm behind the design of the Apple Store, to revamp the design of future Fresh & Easy stores. The company believes that this concept represents the future of convenience retail and puts Fresh & Easy into a category of one as the only fresh food convenience store, as described by the company’s spokesperson in a statement to CBS2 and KCAL9. 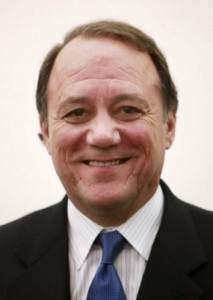 Fresh & Easy CEO Jim Keyes also noted that some of the money will be used to build F3 stores, the express versions of the stores.

The Spokesperson continued, “Fresh & Easy has spent much of the past year and a half since transitioning to new ownership transforming into a new business focused on delivering a new vision of modern convenience. This transformation was always going to be a challenge but the company has accomplished several major initiatives including a massive renovation project and re-launch in Las Vegas with an all-new fresh food concept. Just this month the company rolled out a new e-commerce Click & Collect service in Las Vegas, which will serve as a test for a wider rollout. Fresh & Easy has also put innovation at the forefront of the transformation of its food manufacturing business, building a successful third-party business model out of its Riverside commissary facilities.”

Many of these stores will be closing in the next few weeks, and employees contacted at some of the targeted stores told CBS2 and KCAL9 that they were given an April 3 closing date. Store employee Jay Liebel told CBS Los Angeles that the company was working on a severance package or transfer. Some of the closing Southern California locations have also announced closing sales of 50 and 75 percent in the coming days.