GREENSBORO, NC – As the company continues to calibrate its strategies in a competitive retail market, several reports have begun surfacing that The Fresh Market has delayed the opening of three of its new locations in Missouri, Florida, and Pennsylvania, signaling a possible revamp to its operations.

Although the company has not given new opening dates for the locations, several news sources have reported that the company cited reorganization and reprioritization within The Fresh Market as its reason for delay. These strategic reorderings come after the company was purchased by Apollo Global Management in April for $1.36 billion.

The Fresh Market’s first location in Clay County, Florida, has been delayed, although the shopping center it's being built in is still slated to open on time. 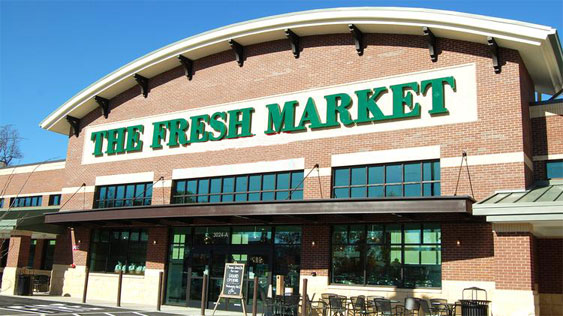 “They can’t tell us when they’re opening because they don’t know,” stated John O’Connor of O’Connor Development Corporation to The Florida Times-Union. “But this is a $10 million project. We’re still counting on them doing it. They’ve got a legal obligation.”

O’Connor also told the news source that although the rest of the shopping center in Fleming Island will open at the end of the month, The Fresh Market has yet to start its interior build-out. This could represent a prolonged delay in the store’s opening.

In this vein, The Fresh Market has also pushed back the opening of its location in Springfield, Missouri, originally planned to open this fall. News-Leader.com reported that the shopping center intended to house the store is still a bare lot.

"The development of the shopping center has not progressed as quickly as we had originally planned, so we have prioritized other projects in our pipeline, and have not finitely determined when we might open," The Fresh Market stated, according to News-Leader.

These delays are also matched by an announcement from the company in regards to a new location planned for West Manchester Township, Pennsylvania. The location was originally intended to open this summer, according to Ydr.com.

"We have put our York location temporarily on hold, and do not have a definitive time frame for completing the project," Fresh Market said in an email provided by Carly Dennis at Brave Public Relations, as reported by Ydr.com. "For the time being, we are focused on building our business with other investments in our existing stores."

One of the developers for the location’s town center, Frank Mihalopoulos, stated that officials at The Fresh Market have indicated that the store is still planned to open before the holiday season, but was delayed so it could redesign the interior to reflect merchandise changes.

With no definitive time frame stated for the openings of these new locations, paired with the chain's announcement that it would close 13 stores in three states, it's unclear whether consumers can expect even bigger changes or delays from The Fresh Market as the company restructures its business model.

At the time of this writing, The Fresh Market had no stores listed under the Coming Soon section of its website.

What could these strategies, delays, and shifts mean for the retailer in the face of an ever-competitive market? Stay with AndNowUKnow as we continue to report on the latest.