GREENSBORO, NC - Along with its Q4 and fiscal year 2014 reports, The Fresh Market has announced plans to close its operations in California.

This decision is consistent with the company’s previously announced strategy to concentrate its unit growth resources in the eastern half of the United States over the next three years. Despite the improving results of these stores in California, the company concluded that the pace of organic store growth was going to be slower than anticipated and believes it can achieve more consistent financial results and a better return on its investments by continuing to grow in markets within or closer to its existing markets at this time.

According to the company's financial report, fiscal 2014 operating losses and pre-opening related rent and other expenses attributable to operations in California totaled approximately $4.8 million, or approximately $0.06 per diluted share, excluding impairment charges.

As a result of the store closures, the company anticipates additional charges in fiscal 2015 of approximately $20 million to $26 million related to the recognition of lease liabilities, asset disposals, severance ,and other costs associated with the closure of operations in California. The stores will be closed to customers by March 31, 2015 and the Company expects store closure activities to be completed in fiscal 2015. 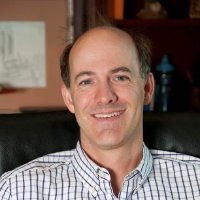 “We are pleased with our fourth quarter results. During the quarter, we successfully took steps to grow customer transactions, expand gross margin and leverage our cost structure. The positive response to our marketing activities and direct mail initiative helped drive a 3.7% increase in customer traffic, which is our highest year-over-year growth in the past ten quarters," Sean Crane, Interim Chief Executive Officer of The Fresh Market. "Looking forward, we remain focused on our key growth strategies, including opening new stores in our core markets and continuing to increase shopper frequency.”

Other highlights from The Fresh Market’s financial report include:

Stay tuned to AndNowUKnow for continued updates on the financial landscape of all the biggest retailers.