TORONTO, ON - Together, Fruits from Chile and the Ontario Produce Marketing Association (OPMA) collaborated to develop a series of innovative marketing programs for Chile’s seasonal fruits. Aptly dubbed Produce Made Simple, the series promotes Chilean blueberries, stonefruit, and grapes to consumers. 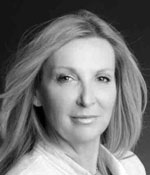 “The Produce Made Simple marketing tool allowed us to reach consumers at a fraction of the cost compared to other marketing programs,” Susanne Bertolas, Eastern Canada Merchandiser for the Chilean Fresh Fruit Association, commented. “Analytics were reported in an organized and easy-to-use format. The entire team at OPMA, quite simply, made it simple.”

A few of the highlights from the OPMA and Fruits from Chile collaboration included:

The OPMA’s successful Produce Made Simple consumer program was the catalyst for the initiative, according to a press release, with over 250,000 monthly impressions across its social media platforms.

For all the latest marketing moves to promote eating fresh produce, keep checking in with AndNowUKnow.