CORAL GABLES, FL - Fyffes is gearing up for its sixth straight year supporting the Marine Corps Marathon (MCM). The 2018 edition is the 43rd in the event’s storied history, and Fyffes is getting ready to help participants fuel up. The company plans to supply 30,000 bananas to participants crossing the finish line and—in conjunction with its commitment to global sustainability—to encourage runners to compost their peels in official Fyffes composting bins.

The banana provider is also introducing its new “What Fuels You?” social-media initiative, created to inspire runners to dash to both the start and finish line of “The People’s Marathon.”

“Fyffes strives to generate community goodwill in line with the highest standards and discipline of the U.S. Marine Corps, and that is showcased each year through physical fitness during the MCM,” said Marion Tabard, VP of Marketing for Fyffes North America, in a press release. “Fyffes is honored to be a part of igniting the running community to participate, and this year we’re asking MCM runners: ‘What Fuels You?’”

Fyffes is asking athletes preparing for the 43rd annual MCM—held October 28— to share their “What Fuels You?” stories and reveal what inspires runners to complete the MCM running events. Marathoners are encouraged to use the #FuelWithFyffes hashtag across Facebook, Instagram, Twitter, and Pinterest in sharing their motives. And the company plans to award three winners three lucky winners with funds covering their registration costs for this year’s MCM. 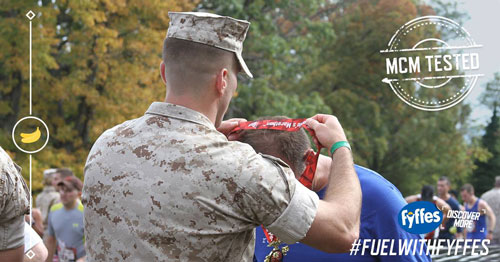 “During a marathon the human body is put to the ultimate test, but consider that the mind is the most powerful muscle in the body,” added Tabard. “Think of all the mental and emotional drive that spurs marathon training and performance: patriotism, familial inspiration, [and] physical and mental challenges, workout goals, tributes to those who have fallen. By sharing on social media ‘What fuels you?’ with the #FuelWithFyffes hashtag, we all inspire fellow participants.”

In conjunction with the campaign, Fyffes is also highlighting its commitment to global sustainability. In a press release, the company noted that sustainability has long a priority for Fyffes—one of the largest Fair Trade importers of bananas in the world. In addition to supplying more than 150,000 bananas to the MCM over the course of the last five years, Fyffes has provided composting bins for runners to dispose of their peels in an eco-friendly manner. 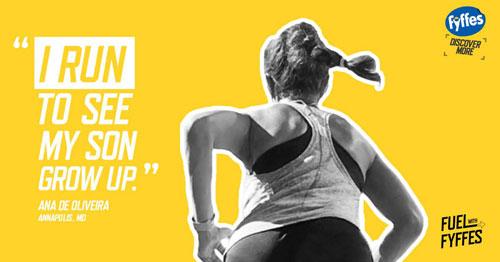 According to the company’s press release, peels collected at the event will be handled by Arlington County Waste Management and processed into high-quality organic compost that provides critical micronutrients to soil throughout the Washington, DC, community. This Fyffes sustainability effort, the company noted, constitutes one of the largest composting programs for any single event, with more than 1.7 tons of food scraps composted since 2014.

For more on produce providers and the ways in which they give back, keep reading AndNowUKnow.