PITTSBURGH, PA - The trend to push produce that doesn’t fit in with the traditional aesthetic standards looks to be growing within the retail circuit.

Giant Eagle is offering “ugly” produce that it would normally toss at a discounted rate to tempt consumers, according to the Pittsburgh Post-Gazette.

“Cosmetically challenged produce is just as delicious and nutritious as its more eye-catching counterparts,” Giant Eagle said in a statement Thursday, according to the report.

The chain is testing the pilot program in five area stores. If successful, this could trigger a large practice in shrink reduction on the retail side, as Giant Eagle is one of the biggest grocers in the Pittsburgh area.

“We were noticing this more global trend and wanted to play our part,” Dan Donovan, Manager of Corporate Communications for the retailer, said in the report. “We’re always looking for new ways to deliver value to our customers. If you can participate in the worldwide effort to reduce food waste, that is fantastic as well.”

Donovan added that it is consumer demand and the availability of reliable, quality supplies that will ultimately determine the program’s continuation and expansion outside of the pilot stores.

Referred to as “Produce with Personality,” the program will offer three produce categories to start: navel oranges, russet potatoes, and apples. 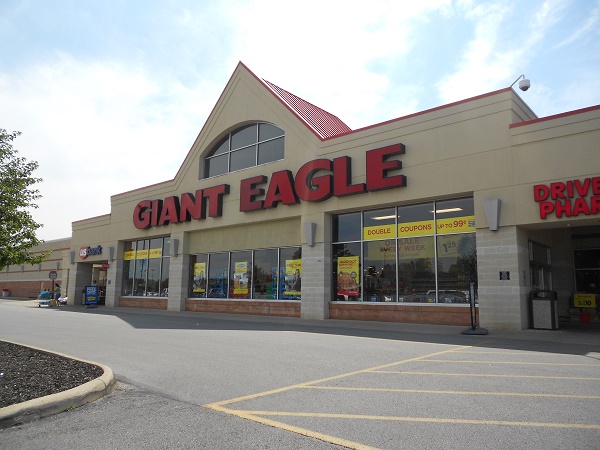 The savings in price will vary; however, the Gazette notes that right now a four-pound bag of ugly navel oranges is priced at $2.99, saving the shopper 40 percent off the regular price but more conventional navels in the same bag size for $4.99. On the other hand, potato savings are posted at about 17 percent.

Now on the shelves about two weeks, Donovan said that the retailer has received positive feedback from consumers thus far. But finding suppliers is “more challenging,” he said.

Currently, Giant Eagle is bringing its imperfect apples from Western Pennsylvania, while other items are being sourced from the south and west coasts.