NEW YORK, NY - “But, what about me?” is a question some parents might be tired of hearing from their mini-mes. Well, HelloFresh's previous Co-Founder and COO is trying to alleviate the weight of that looming presence from its customers’ lives by introducing a meal service for tiny tots. Co-Founder Dan Treiman and Joanna and David Parker planned this all out so that its hard-working customers wouldn’t have to!

Not only will the launch help parents when the time comes to feed the forever-picky little ones, but it is also focused on healthy options. Treiman, who left Hello Fresh in 2015, helped to launch the newly formed Yumble in December of last year. While the company has only explored east coast states, it hopes to expand to the west coast by mid-2018. 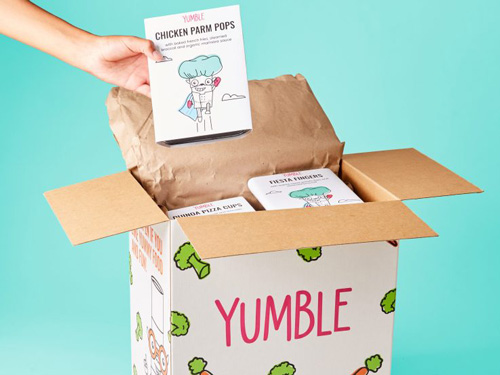 Yumble is a pre-prepared meal kit, making life sail more smoothly without the fret of meal-prep. The company didn’t stop there, though, and also has snack options. This amounts to a grand total of 22 options of pre-prepped ease per week!

Much like other orderable meal-prepped options, Yumble is a subscription that customers can buy into at $7.99 for every meal purchased for six meals in a week. If this sounds pricey, the more you get, the less you pay, as the company knocks the price down for bundle deals. If customers purchase 12 meals, the price per meal goes down to $7.49, and for 24, the price drops to $6.99. 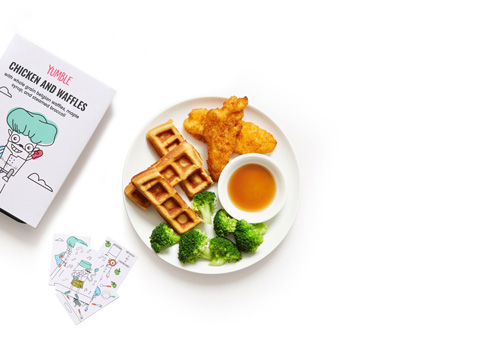 “It’s very similar to the experience of HelloFresh or Blue Apron, but without any cooking required,” Parker said in an article originally published on TechCrunch.

The idea is not solely HelloFresh’s, though. Other contenders for this service are Scrumpt, which is based in San Francisco and has a prepared lunch service for kids, and Nurture Life and Wise Apple, two Chicago-based start-ups.

“From a customer standpoint, we’ve spent a lot of time and effort to make this fun and something kids really engage with,” said Parker in the same article. “I think our brand is very kid-first and fun.”

Yumble is gaining a reputation as a healthy and happy option for kids’ meals, reported TechCrunch. It’s a delicious option for the belly and brain, with accompanying activity sheets, collectible reward coins, and kids-geared trivia cards.

Some big industry execs have invested into Yumble, as the company can now say that it has raised a total of $1.5 million in investments. With a reported $353 million expected to be raised in the initial public offering, it shows how people are turning to companies for easier eating, and, therefore, easier living.

It’s nice to know that someone somewhere is thinking about how to address the problem with feeding endlessly choosey children when time is always of the essence. Now, if it could also get the kids to stop fighting in the back seat too...