BOSTON, MA - Sustainability and regenerative agriculture have become full-scale movements these past years as they have evolved from simply topics for conversation to ones of execution. Indigo Ag is one company helping to move the needle as it builds a system responsive to demands for high-quality and sustainably produced food and fiber through the development of microbial and digital technologies that improve grower profitability, environmental sustainability, and consumer health. Brain teased? So was mine.

The company’s President and CEO David Perry will be a keynote speaker at this year’s Organic Grower Summit on December 4th and 5th in Monterey, California, and from the topics he hopes to touch on, he will not disappoint. 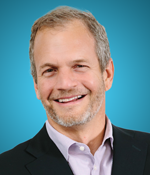 “Many proposed solutions to climate change focus on emissions reductions,” David tells me. “Minimizing the size of our carbon footprints is, of course, critically important to ensuring a livable future, but to avoid the harshest effects of additional greenhouse gases in the atmosphere, we must also focus on strategies to pull existing carbon dioxide out of the atmosphere—or carbon drawdown."

Need a bit more in the way of hard facts? In May 2019, Mauna Loa Observatory reported the highest level of atmospheric carbon dioxide recorded in human history: 415 parts per million (ppm), David shares.

“Prior to the Industrial Revolution, carbon dioxide levels were 280 ppm. This difference represents one trillion tons–or, a teraton–of carbon dioxide in the atmosphere today that was not there 200 years ago,” he informs me. “Soil represents the third largest pool of carbon on the planet, after the ocean and fossil fuels. Agricultural soils currently hold roughly one percent carbon, but evidence demonstrates that those levels could be on average three percent. If regenerative growing practices—those that leverage plants’ ability to pull carbon dioxide into the soil—were implemented across the world’s 3.6 billion acres of farmland, we could bring soil carbon levels from one percent to three percent.” 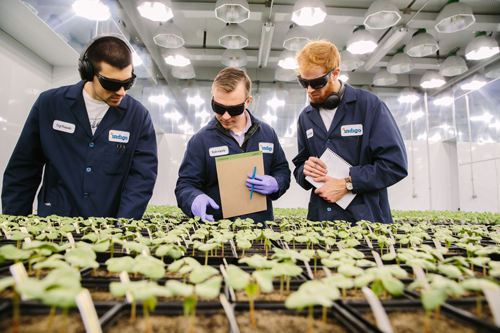 This two-percent change in soil organic carbon across 3.6 billion acres represents one trillion tons of carbon dioxide that could be removed from the atmosphere and stored within agricultural soils.

“This one trillion ton potential is only the floor of what’s possible, as we can leverage the additional eight billion acres of pastureland across the world to store carbon as well. The size of this potential solution matches, if not exceeds, the size of the problem,” David adds.

To harness the potential of agricultural soils, earlier this year Indigo launched The Terraton Initiative, a global effort to draw down one trillion tons of atmospheric carbon dioxide into agricultural soils by supporting farmers who adopt regenerative practices.

“Regenerative growing practices leverage a plant’s innate ability to draw down carbon dioxide through the process of photosynthesis. As we have heard and identified from hundreds of regenerative farmers, in addition to higher soil organic carbon levels, these practices produce healthier soils, add resiliency in the face of extreme weather events, and maintain, if not increase, yields—resulting in better outcomes for the environment, growers, and consumers,” David expresses.

Indigo provides growers with the technology, data-driven insights, and financial incentives to encourage a transition to regenerative growing practices. Indigo Carbon, a key component of The Terraton Initiative, compensates growers for sequestering carbon into their soils. Farmers who sign up in 2019 are paid 15 dollars per ton of carbon dioxide captured. This financial incentive, paired with the cost savings and consistent yields experienced by regenerative growers, has the potential to fundamentally shift the balance sheet toward profitability.

“With Indigo’s integrated approach to agriculture, and partnerships with representatives from across the value chain, The Terraton Initiative seeks to empower growers to unlock the most scalable, immediate, and affordable opportunity to address climate change,” David says.

Indigo Ag’s Indigo Acres program breaks down the barriers of entry for growers and allows them a more efficient transition to a regenerative ag program as it is designed to encourage and reward growers for adopting regenerative practices, and to assist farmers in scaling these practices across their operations with data-driven insights and agronomic support.

There is still so much more to tell in the lead up to the Organic Grower Summit, so stay tuned to AndNowUKnow as we bring you more from Indigo Ag.