CINCINNATI, OH - 2019 is already shaping up to be a year of change for The Kroger Co. with the announcement of J. Michael Schlotman’s retirement. 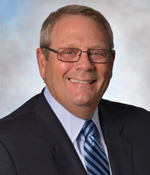 Kroger reports a transition plan wherein Schlotman will continue his role as CFO through the 2018 fiscal year, until April 3, 2019, after which he will keep his role as Executive Vice President on the Senior Leadership Team. After assisting the company throughout the CFO transition, Schlotman plans to retire fully on December 28 of next year.

"Mike is one of retail's most respected executives and has served Kroger for over 30 years. Mike is also one of the chief architects of Restock Kroger, our plan to create shareholder value by serving America through food inspiration and uplift," said Chairman and CEO Rodney McMullen. "He and I have personally worked side by side for several decades. I deeply value Mike's contributions, the credibility he has earned with the financial community, and his leadership as a key member of our most-senior management team." 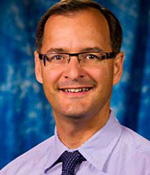 To fill the position of CFO, Kroger has selected Gary Millerchip, current CEO of Kroger Personal Finance, to follow in Schlotman’s footsteps as Senior Vice President and CFO, starting April 4, 2019

"Consistent with Kroger's governance history of thoughtful succession planning, Gary and Mike have a deliberate and thorough CFO transition plan with a singular focus, a seamless transition to successfully deliver on the Restock Kroger financial commitments and then beyond in the role of Kroger's Chief Financial Officer," continued McMullen in a press release.

After starting his career at accounting firm Coopers & Lybrand in Louisville, KY, Schlotman joined the Kroger team in 1985. After a decade with the company, he was promoted to Vice President and Corporate Controller, and just five years later was appointed to CFO.

From the onset of his career at the Royal Bank of Scotland in the United Kingdom, Millerchip has held a variety of leadership positions in multiple areas. Since April 2008, Gary Millerchip has served as CEO of Kroger Personal Finance which provides financial and retail services through Kroger stores. As part of the Kroger team, Millerchip has led the integration of the company’s corporate strategic initiatives and is responsible for several retail grocery divisions. For five years Millerchip “has been at the table” with the senior management team, playing a key role in driving partnerships and strategies which have diversified the company’s business well beyond grocery.

"Gary's deep finance and business background, coupled with a successful track record of creating long-term shareholder value for The Kroger Co., making him an excellent choice for Kroger's Chief Financial Officer of the future," concluded McMullen.

We at AndNowUKnow congratulate Michael and Gary on their respective retirement and promotion.