CINCINNATI, OH – Kroger Co.’s stock fell three percent this past Wednesday, February 22, after analysts noted price cuts in Walmart stores spread across three Midwestern states—price cuts with the potential to cost Kroger hundreds of millions of dollars on the Midwest-based company’s home turf according to the Cincinnati Business Courier.

“We have concluded that Wal-Mart’s efforts are fairly broad-based and likely mark the second phase of reduction activity which started in earnest over the summer of 2016,” Scott Mushkin, an analyst for New York-based Wolfe Research. “We continue to believe that industry participants, particularly strong operators like Kroger, will not stand by and watch Wal-Mart lower prices, but will indeed react to protect market share."

Walmart announced plans last year to invest billions over the course of the next several years as part of a strategy to lower prices, and Mushkin noted that Kroger will most likely follow suit. 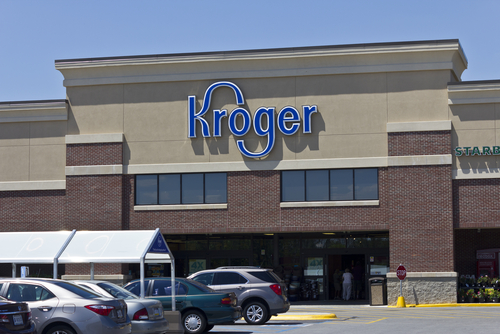 Mushkin’s research showed lowered prices at six Walmart stores in Indiana, Kentucky, and Michigan—markets that have traditionally been very strong for Kroger. The cuts were, in part significant because they come on the heels of Walmart price cuts in North Carolina—another market where the company is in fierce competition with Kroger. 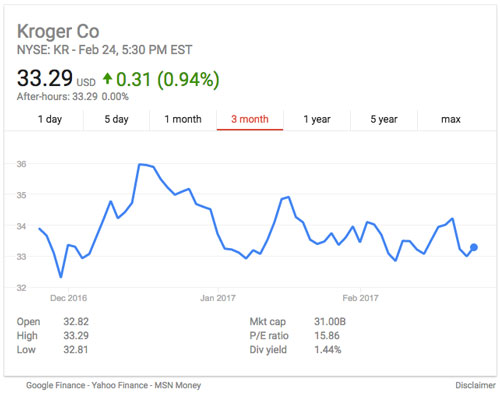 Kroger is battling pricing issues on two fronts—with food deflation affecting the grocery industry hard over the course of the last nine months and steep competition from Walmart and other discount competitors sparking price wars in some markets. By midday on Thursday, the Courier reported, Kroger stock dropped another 41 cents, or more than 1 percent, to $32.82.

What will the future hold as these two retail titans vie for superiority? For updates as the situation progresses, stay tuned to AndNowUKnow.