LEAMINGTON, ON – Aware that the holiday season can be a difficult stressful time for those in need, NatureFresh™ Farms decided to spread its holiday cheer and give back to its community.

In keeping with the company ethos of working to grow both produce and its community, NatureFresh Farms organized their Fulton County Holiday Giveaway. 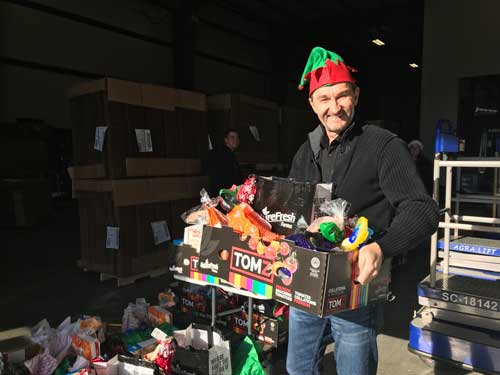 Over the last month, individuals nominated local Fulton County families in need to whom the grower would gift $500 Walmart gift cards, baskets of nutritious food, and the ingredients for a turkey dinner. More than 250 families were nominated.

Although the grower initially planned to select five families, after hearing so many heartwarming stories, NatureFresh Farms’ Owner and CEO, Peter Quiring, decided to double the number of families they would support.

“The stories of these families really leave you inspired,” said Quiring, “Despite going through heartbreaking times, many of them continue to smile and help others where they can. After delivering a package to one family, we received a text message letting us know they would be sharing the food with another less fortunate family they knew. The spirit of the season is evident and we are looking forward to doing more.” 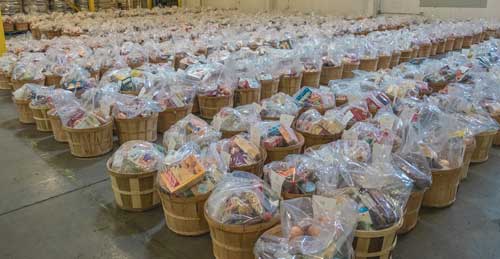 This initiative was not NatureFresh Farms first foray into holiday charity; last December, NatureFresh Farms lent out warehouse space to Leamington Goodfellows, a 39-year-old charity organization composed of retired teachers and high school students, which enabled Leamington District High School to store the 56,000 food items that the community had raised, and provided a space for volunteers to organize over 800 food baskets for those in need. 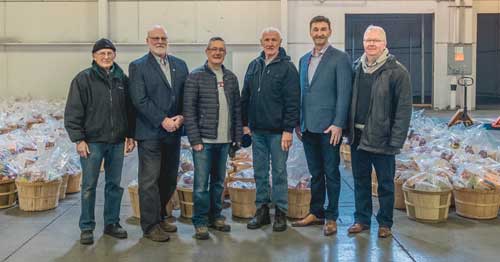