New Design Depicts an Entirely Drive-Thru "Supermarket of the Future"

RUSSIA - What does the future grocery store look like?

As technology and convenience continue to evolve the way consumers shop, one Russian inventor has taken the curbside trend currently gripping retail to an entirely new level with his newly-designed Drive Market. 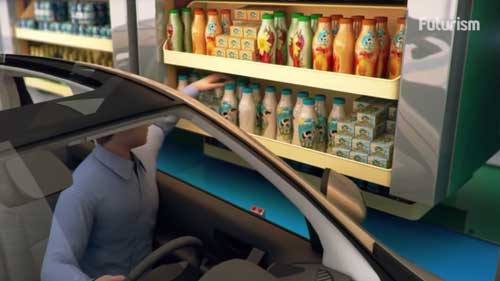 Just as the name entails, the consumer would do all of their grocery shopping from the seat of their vehicle if Russian Inventor Semenov Dahir Kurmanbievich’s design comes into fruition.

Every department of the store, from produce, to deli, to center, would be available on a rollodex-style shelf, according to the digital video depicting the design by Futurism.

See for yourself what the “supermarket of the future” could look like in the video below.

Not only does the design boast cutting shopping time “in-store” down to five minutes, with everything being bagged for the customer and handed to them by an attendant at the window register as they pay, but also lower employment costs.

The design reportedly requires minimal workers to re-stock inventory in real time as consumers shop, plus those at the registers. 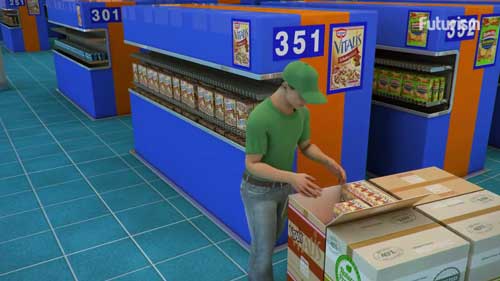 Is this high-tech, state-of-the-art concept the beginning of the next generation of retail?

Overall Kurmanbievich’s design, which has a patent pending, resembles that of a Sonic or classic A&W, marrying nostalgia with modern technology and seemingly falling in line with where the curbside trend seems to inevitably be taking us.