OPN and CCOF Announces Vernon Peterson as Grower of the Year

SALINAS, CA - California Certified Organic Farmers (CCOF) and Organic Produce Network (OPN) have selected grower Vernon Peterson of Peterson Family Farm and Abundant Harvest Organics as its first ever recipient of the of Organic Grower Summit’s Grower of the Year. Selected based on his commitment and dedication to excellence in organic production and organic industry leadership and innovation, Peterson will receive the award during the inaugural Organic Grower Summit in Monterey, CA, next month.

“We are honored to present the inaugural Grower of the Year award to Vernon Peterson. Vernon exemplifies what a hardworking, passionate organic farmer is all about,” said Greg Milstead, Director of Sales, Southwest Region for AGCO, the company sponsoring the award. 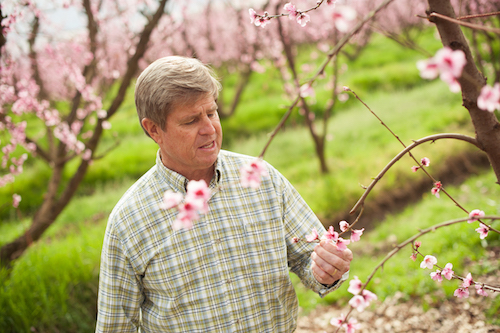 Since beginning his growing career in 1978 by taking over the family tree fruit farm in Kingsburg, CA, following his father’s passing, Peterson has had a long career in produce. In the aftermath of volatile market conditions in 1985, the family’s farm went under, and Peterson went to work at an outside company to provide for the family. In 1989, the Peterson Family Farm was reborn, according to a press release, becoming a service provider and packing fruit for neighbors, raising chickens, and also growing some stonefruit.

Peterson was part of a group that started Kingsburg Community Assistance Program during that time, taking on the task of helping people in impoverished rural communities in the region. The program, now nearly 30 years old, supports thrift stores and funds services that include counseling, English classes, a food pantry, and energy bill assistance. Peterson, who has served on the Board since its inception, has shown a life-long dedication to helping others.

For the next major step in his career, in 2002, Peterson and his son Erik began the three-year transition to organic certification of their farm. According to the release, what started as a business decision to grow organic fruits has since proven to be the foundation of Peterson’s commitment to organic fresh fruit production. The transition period was a challenge, creating additional expenses of organic farming while still selling conventionally-grown produce, but Peterson and his son understood they needed to approach production in a different manner to keep the farm economically viable. Since making the decision, Vernon has became a passionate organic advocate and dedicated pillar of the community. 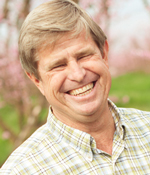 “I wouldn’t have given you even money that we’d have made it. Back when we decided to go organic, we didn’t do it to save the planet. We did it to save the family farm,” Peterson said. “Our mission is to make the world better in lots of ways. We’ve been commissioned to do this by our customers and our creator. But if there’s no margin, there’s no mission.”

And Peterson’s outspoken dedication to organics and his service to the community has not gone unnoticed by leaders in the organic industry. 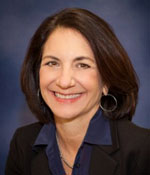 “Vernon Peterson never hesitates to tell it like it is,” CCOF Executive Director/CEO Cathy Calfo said. “He is all about organic and what organic means to the success of his family farm and to California agriculture. Farming—and organic—are better because we have Vern on our side.”

Peterson also started Abundant Harvest Organics a community supported agriculture (CSA) program more than ten years ago. Today, the CSA has 4,000 subscribers in 140 communities from Fresno to San Diego. In building the program, Peterson brought together an alliance of organic farmers, who were in charge of bringing produce to his packing house, sorting the product into boxes, and delivering to pick-up locations across the state. Already with an eye on the growing direct-to-consumer movement, Abundant Harvest Organics has also begun putting together ready-made meals. 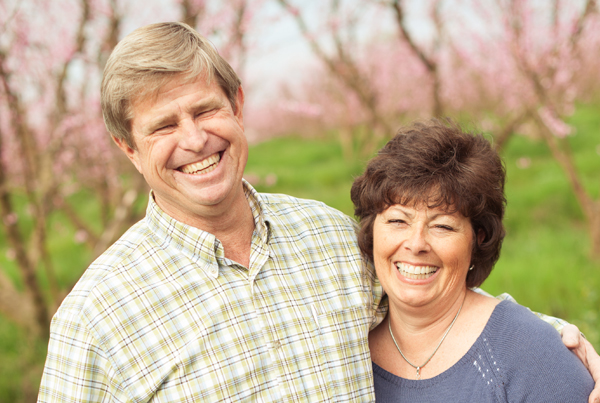 “We’ve been able to help so many little guys get going and keep going,” Peterson added. “That’s really gratifying. And our CSA customers love us to death. The real challenge is how do we connect to the consumer and help them understand the value of what we do and the food we grow when most of what we sell is not going directly to the consumer.”

“We need to talk about how the interconnectedness of what we eat affects everything,” he said, touting that educating consumers remains one of the industry’s biggest challenges—and opportunities. “It’s not just about the nutritional value of the organic potato. It’s also about the way the people who work on the farm were compensated, how they were treated, and the way the land where the potato was grown was singing with a lively ecosystem. There’s immense power in that organic potato for your health and the health of the land.”

AndNowUKnow would like to share congratulations for Peterson as the inaugural OGS Grower of the Year. We’ll see you in December!