LOS ANGELES, CA - ProducePay is looking to bring a revolutionary idea to produce, and it now has the resources to do so.

Founder and CEO Pablo Borquez tells me that his team has successfully raised $77 million in debt and equity, a huge achievement for the company that only just celebrated its first birthday.

As we reported when it first made its debut, ProducePay brings a new concept to the table in an effort to alleviate financial stress for both sides of the produce industry: A service specifically focused on fulfilling growers’ financial needs while produce is in transit based on the monetary value. The grower has his/her security next day without putting pressure on the shipper.

This latest milestone, Pablo tells me, is a big step in achieving that goal. 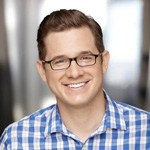 “First stage is to become the best we can be in the industry. This achieved capital is a huge step in reaching that,” he shares with me. “Now the sky is the limit, we can approach any produce company in the U.S. and beyond–domestic or international.”

With his sights now set on growing his company 2-, even 3-fold in the next year or so, I ask Pablo what it is he feels gives his company a leg up on partnering with investors.

“The growing life is sometimes hard for investors to understand, but we can help them to do so. We’re created with the mentality of industry-focused first, and finance comes in as a close second. I grew up in this industry, and I can’t forget to be a farmer first. It’s very seasonal and based on so many things that you need to be able to address in real-time. We help partners to understand the food industry and the time sensitivity,” he shares.

It’s the son of a farmer, he says, that goes to potential partners in the industry and beyond. That approach–speaking from an inside perspective while bringing finance to the forefront–is what Pablo feels has lent such a speedy success to ProducePay since its debut in December of 2015.

“This is one of the few industries so exposed to outside factors, making farmers a unique kind of people,” Pablo continues. “It takes a certain character to be able to take on that level of risky, but necessary, job. Their financial partner should understand that, and we do.”

And with this latest $77 million milestone achieved, ProducePay has the resources to do just that. “We are looking for bigger partnerships as we look to help take everyone to market,” Pablo says. “If we want to be the best we can be, we need to be able to reach everybody.”

So produce partners get ready, ProducePay is open for business.