Publix Settles into Greensboro for Its $400 Million Distribution Center

GREENSBORO, NC - While the location for Publix’s new distribution center was up in the air earlier this year, the grocer is officially zeroing in on Greensboro, North Carolina, for its $400-million-dollar project slated to finish by 2022. According to the Triad Business Journal, Greensboro, North Carolina, beat out fellow top contender Cherokee, South Carolina, as the site for what is proving to be the largest distribution facility in the region.

“As a proud community supporter, Publix is excited to create hundreds of new employment opportunities and to help provide for greater economic prosperity in Guilford County,” said Publix CEO & President Todd Jones in a press release. “We appreciate the hard work of Governor Cooper and all those involved in making this distribution center possible.”

Publix expects to invest up to $300 million in the first phase of the 1.8 million-square-foot dry and refrigerated goods facility. The distribution center will sit on 350 acres in Guilford County, near Birch Creek Road and U.S. 70, and will create more than 1,000 jobs for the region by 2025, according to a press release. The facility will also support the delivery of grocery items to Publix locations in North and South Carolina and Virginia. 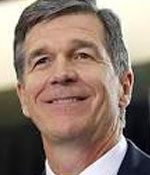 “Publix recognizes North Carolina’s commitment to helping businesses and employees thrive, and they trust our workers to fill up to 1,000 new jobs,” said North Carolina Governor Roy Cooper. “We will keep making sure our workforce has the capacity to excel and meet the needs of Publix and other quickly growing businesses in North Carolina.”

North Carolina's Department of Commerce noted in a project summary that "the major factors influencing the site location decision includes land and development costs, access to the Project Sky service region, campus vs. separated footprints, and incentives available to offset the cost of the expansion."

The project was approved by North Carolina’s Economic Investment Committee, and the state will provide a $15.9 million incentive package, which includes $1.3 million in training grants and $1.5 million for the state’s utility account.

Publix now operates nine distribution centers and intends to continue to expand its retail presence on the East Coast.