PLEASANTON, CA - Safeway has announced that it will be closing nine Denver-area locations by June 13. 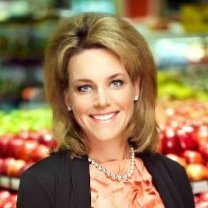 "This was a very difficult decision made after long and careful deliberation," said Kris Staaf, Director of Public Affairs for Safeway's Denver Division. "Ultimately, our business analysis indicated that we needed to cease operations at these locations.”

Officials at the company reportedly have been evaluating operations at all 9 stores extensively while considering ways to improve performance for more than a year. The bottom line was that the stores were not profitable, Staaf added.

Safeway stores will be closed at the following locations, according to The Denver Post:

The company says it will make every effort to place store employees affected by the closures at other area Safeway supermarkets.

As we’ve previously reported, Safeway, was acquired earlier this year by private equity firm Cerberus Capital Management LP, parent of the Albertsons chain, for a $9.2 billion valued deal. When Cerberus took over, 168 stores were sold to four separate buyers to satisfy antitrust concerns. As of January, the combined Safeway-Albertsons had 2,230 stores and 250,000 employees across 34 states.