CAPE GIRARDEAU, MO - Scott Schnuck, Chairman of Schnuck Markets Inc. addressed the challenges and opportunities the retailer has faced in its 75 year history at United Way of Southeast Missouri's CEO Luncheon, sharing important insights into the operations of the family owned grocery chain.

According to the Southeast Missourian, when asked about the challenges of managing a family owned grocery store in the modern retail market, Schnuck was direct in his response. 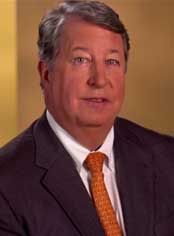 “There are three things: Wal-Mart, Wal-Mart and Wal-Mart,” he replied. “They've changed our landscape, the way we have to do business. We're just running as fast as we can to stay ahead of them.”

In the face of stiff competition, Schnuck's marketing department has had to innovate, working multiple different media avenues to get the most bang from its advertising buck.

“We have an online ad; we have a Facebook page,” he explained. “I tell you where we really have worked hard to do better marketing is in store: providing better information in our signing, some in our print ad, but really at the point of sale to really help people understand that it's local produce.”

So what's ahead for Schnuck Markets?

The Chairman's statement reveals the retailer has expansion on the brain. “We just opened ... a replacement store in St. Charles County in St. Louis. We have a store under construction in Farmington...We're going to open up another store or two in Springfield, Illinois. We're going to build two more stores in Evansville, Illinois. One's a replacement store; the other is a new store. We have five there. Within St. Louis, there's going to be an extensive amount of remodeling of existing stores because it's important we keep our core and our base modern and up to date.”

Especially with a company like Wal-Mart on its heels, sometimes the best strategy is growth. Schnuck Markets seems to agree with this kind of a strategy and I know that I for one will be certainly looking forward to reading about its operations in the future.