PHOENIX, AZ - Sprouts is coming off a strong financial 2014, creating a solid foundation for 2015 to be just as successful, if not more so. With plans to raise 27 new stores this year, seven of which have already been open, CEO Doug Sanders and CFO Amin Maredia were happy to answer the questions of potential investors at this year’s Bank of America Merrill Lynch Consumer and Retail Conference in New York City. Much of the high numbers seen, according to Maredia, is from fresh produce. 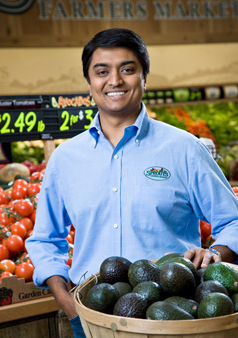 "Produce is 25% of our business," Maredia said in the conference webcast.

After coming off a successful financial year where the company experienced 21% top line sales growth, 9.9% comp sales growth, 30% EBITDA growth, and the opening of 24 new stores nationwide, one of the first questions asked, according to a Phoenix Business Journal (PBJ) report, was if Sprouts had any new acquisitions planned for 2015.

"(We'll) continue opening stores organically,” Sanders said, according to the report. “We don't have anything targeted from an acquisition perspective. The two companies we acquired were a lot like Sprouts. It makes more sense today to focus on organic growth."

The company does, however, emphasize a need for a strong community and social media backing to support the organic growth of those newest stores, stating that Sprouts’ new Atlanta location had more than 40,000 Facebook followers before even opening its doors last year.

Overall, executives from about 30 different companies participated in the conference, including Wal-Mart Stores Inc., Target Corp. and McDonald's Corp. 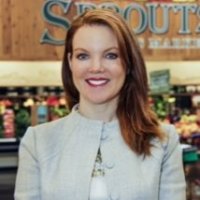 "It's a great opportunity for us to reach many investors at one time – both in-person and via the webcast," Donna Egan, a spokeswoman for Sprouts, said in the PBJ report.

The company also announced the launch of 15,847,800 shares of its common stock being offered publicly, according to a press release. The stock is held by affiliates of Apollo Global Management, LLC, who will be the only selling stockholders and will not issue shares in the offering or receive any proceeds from the sale, according to the report.

Overall, the coming year looks to be a strong one for the supermarket retailer.