Target Cracks Down on Supply Chain to Contend With Competitive Market

MINNEAPOLIS, MN - In an effort to speed up its supply chain amidst growing competition from rivals like Walmart and Amazon, Target has announced a multi-billion dollar plan to crack down on its relationships with suppliers, Reuters reports.

According to the publication, Target will be tightening deadlines for its deliveries and increasing fines for those who miss the deadline. Penalties could reportedly reach up to $10,000 for inaccuracies in product information, according to a letter sent to suppliers and obtained by Reuters. Both Executive Vice President and Chief Operating Officer, John J. Mulligan and CEO Brian Cornell worked on these changes with a group of over 200 suppliers.

"These steps are a key part of becoming more reliable," Mulligan told the news source in an exclusive interview. In the letter, Target said its main goal is to keep products stocked, and to "lower missed sales for all of us."

"We had a very long question-and-answer session," Mulligan explained. "Obviously there were concerns, so we listened to those and we feel very good with where we are going with our vendor partners."

This announcement comes on the heels of rival Walmart informing its suppliers that it was raising its standard for on-time delivery to 95 percent from 90 percent at its annual vendor conference this past February. According to Reuters, Walmart will also be cutting down on the window for deliveries to within one to two days of a target date, down from one to four days previously. 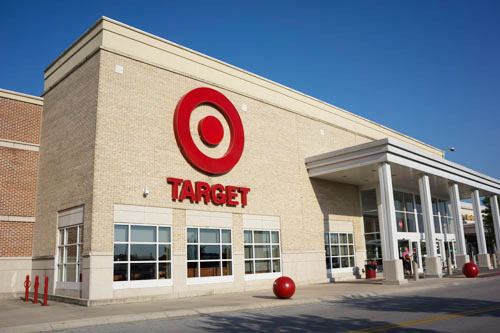 As a result on the company’s reemphasis on fresh product including produce and other perishables, Target’s supply chain has became much more complex in recent years, increasing the need to hold more inventory at any given time. Amy Koo, a Principal Analyst with Kantar Retail told Reuters these new changes will allow Target to minimize its inventory holdings, a key part of retail efficiency. "In theory, everything can move faster, and they will have less stuff in the system."

The new rules detailed in the letter include the following:

As more information about Target’s supply chain developments are released, AndNowUKnow will serve the latest right to your inbox.