WATSONVILLE, CA – As Tour de Fresh is coming upon the industry in just four weeks, the event looked to garner an extra boost of donations during the recently ended United Fresh. Tour de Fresh aimed to raise $2,500, but far surpassed that goal by securing $4,115 to support the event. 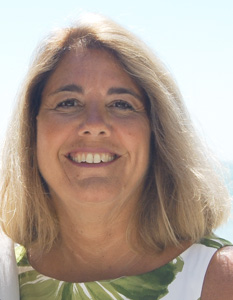 “We’re thrilled to have exceeded our goal during United Fresh, thanks to the support of the industry,” said Cindy Jewell, Vice President of Marketing for California Giant Berry Farms, in a press release. “It was inspiring to see people take a moment out of their time on the show floor to rally behind our volunteer riders in support of getting more fresh produce in schools.” 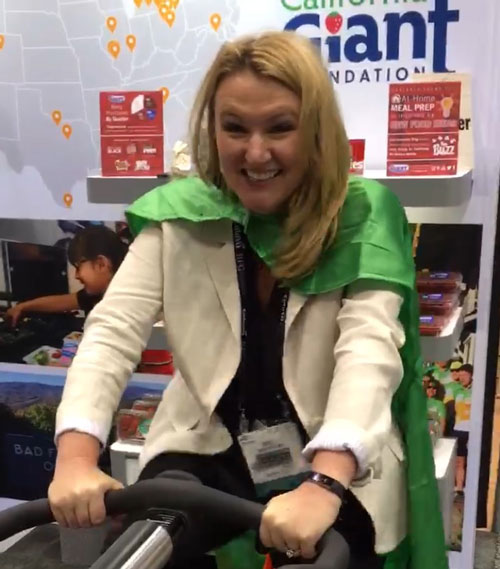 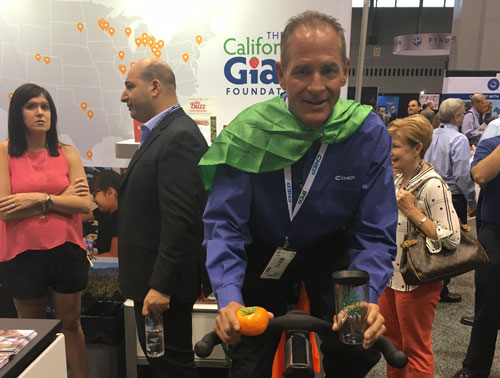 “I’m confident that we’ll meet our goals this year,” shared Adam Linder of CHEP. Linder was nominated to ride the booth’s bike for his entire team at United Fresh. “We have a history of stepping up as an industry to exceed expectations, and this is no exception as made clear by our ability to earn almost double our goal of $2,500 during United Fresh.” 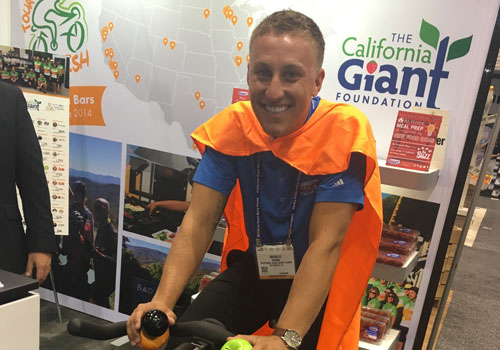 Currently, Tour de Fresh has raised a total of $64,569 of its goal to reach $175,000+ by July 26, 2016. To continue the momentum and reach the goal, Tour de Fresh and its sponsors encourage industry members to make donations and support the event on social media. Ultimately, Tour de Fresh aims to place 60+ salad bars in schools nationwide.