NEW YORK, NY – After filing for Chapter 11 at the beginning of last month, Fairway Group Holdings Corp. has announced a reorganization plan that is projected to cut the company’s debt in half and move it out of bankruptcy.

"We will continue to provide to our customers the best food experience in the greater New York area, and we pride ourselves on continuously improving our product offering while maintaining the freshness and quality our loyal customers have come to expect," stated Jack Murphy, Fairway CEO.

The Plan of Reorganization will reportedly move Fairway out of bankruptcy sometime during the week of June 20, with a sizable reduction to its $140 million debt, a reduction of the company’s annual debt service obligations by up to $8 million, and cash assets.

"We will emerge from bankruptcy with a stronger balance sheet, $50 million in cash, and the backing and commitment from the senior lenders and new shareholders to re-invest in the future of Fairway," added Murphy. 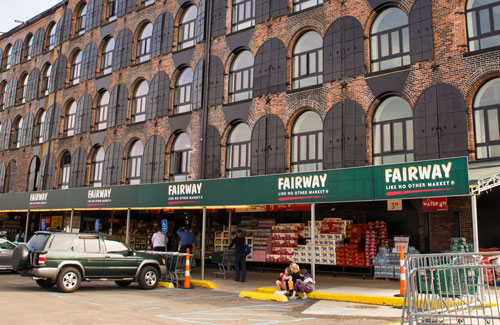 Fairway’s plan was unanimously accepted by 100 percent of the voting secured lenders, and confirmed by Bankruptcy Judge Michael E. Wiles, according to a recent press release from Fairway.

Senior secured lenders will exchange their loans of company debt for new ownership of the company and some reinstated debt. Fairway also stated that outstanding shares of common stock will be cancelled with no distribution to its holders.

The company stated that all 4,000 of its employees will keep their positions, and collective-bargaining agreements for workers who are unionized will not change.

The Wall Street Journal (WSJ) reported that Fairway’s plan also included liability protections for the company, its lender, and its executives, to protect the parties from lawsuits after they emerge from bankruptcy. 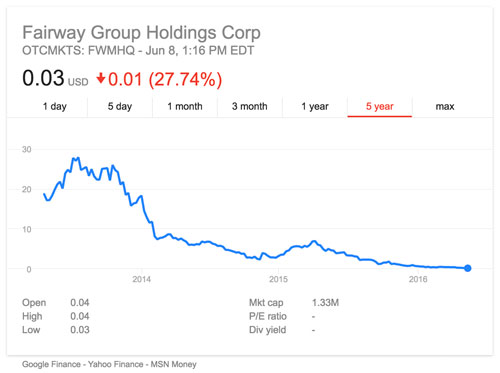 Judge Wiles was unnerved by the initial scope of the liability releases, stating that they were not a reward for cooperation, according to the WSJ. Fairway’s Chief Restructuring Officer, Dennis Stogsdill, said in court that the releases were essential to the negotiations, however, the company then scaled back the size of the releases.

"Thank you to all the customers who have continued to support Fairway. Our stores are open and stronger than ever," finished Murphy.

The company also announced that it plans to open a new Fairway store in Georgetown, Brooklyn, later this year.

Keep up with AndNowUKnow as we can keep an eye on the chain, and the integration of the company’s emergence from bankruptcy.