BENTONVILLE, AR – As competition in the buy-side sector continues to soar, Walmart is making further investments into upping its production and securing its footprint in the market by announcing plans to build a new distribution center. The facility, located in Central Florida, will encompass 146-acres and is currently valued at more than $2 million.

The planned project in Brevard County will span a sizeable 592,830-square-feet, according to the Orlando Business Journal, and will feature one main facility to store both cold and dry produce, freezer items, and other perishables such as dairy, deli, and meats. 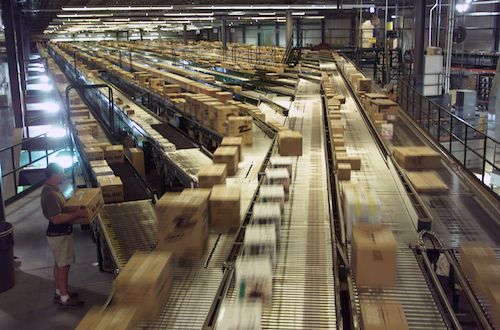 The distribution center will also house a shipping and receiving dock, along with 943 parking spaces. Other smaller facilities are also planned for the site for fuel, a guard house, truck maintenance garage, and more.

Walmart filed a permit to begin the project in Cocoa, FL. Florida Today reported that the retail giant will receive $2.92 million in economic incentives from the city to build the center, including a cash incentive of $2 million, as well as create 239 jobs.

Orlando Business Journal speculates that the distribution center’s creation will also generate $96.2 million in new capital for Cocoa by the end of 2018 through construction, renovations, technology, and furnishings.

Once granted the permit, Walmart will be able to move forward with its groundbreaking and prospective plans for completion.

Where will the buy-side industry expand next, and which retailer will set its roots further into the U.S. market with new distribution centers? Keep up with AndNowUKnow as the reports roll in.