TEXAS – As the effects of Hurricane Harvey continue to be felt, many in the produce industry are stepping up and mobilizing efforts to alleviate the effects of the catastrophic storm and feed displaced denizens of eastern Texas. One such effort is Wholesum Harvest’s; the company is bringing together its organic partners alongside farmers, shippers, wholesalers, and producers to ship truckloads of produce to those in the affected areas.

We recently had an opportunity to connect with Marketing Manager Jessie Gunn—the principle architect of the effort—and learn more about the company’s efforts to feed displaced Texans. 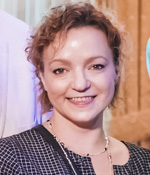 “I think it begins as a human need, the hope that someone would rally around your loved ones, your children…perhaps, even yourself,” Jessie explains. “It’s as human as it gets, free from division and free from politics and free from blame. We are banding together as an organic industry. We feel strongly that you help where your heart is, and our heart is organic produce for all, even in the worst of times, to hopefully bring what light you can through giving what you believe in most.”

After witnessing the destruction in Texas and hearing reports of the catastrophic conditions in eastern Texas, Jessie asked herself “what can we do to help, and how fast can we make it happen.” Jessie decided she would make the effort to organize relief efforts and band together those in the organic industry.

“I wish you could see how, pardon the pun, organically this came about,” Jessie says. “I was sitting with my daughter watching reports of the damage, picked up my phone, emailed Tom Lively, over at Organically Grown Company, David Weinstein at Heath & Lejeune, and Karen Salinger of Veritable Vegetable—and my bosses Ricardo & Theo Crisantes at Wholesum, but I already knew they’d say yes—and said nothing more than ‘Houston Relief… be ready to rally… I’ll keep you posted.’ Incredibly fast, I had responses that were all in—no hesitation, no question, all in.” 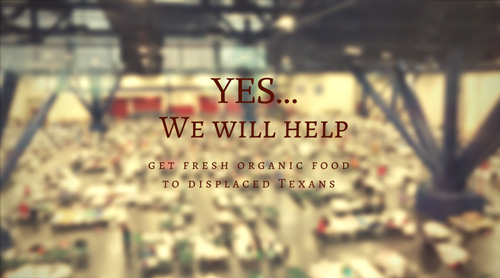 Jessie was quick to begin efforts to transport and distribute fresh produce to those in need, and the organic industry’s response has been swift—fulfilling a need for fresh fruits and veggies that other efforts might not provide.

“We see the need, as an organic produce industry we know that so many requests for supplies are of the ‘nonperishable’ type, because when trying to assist, you want the logistically easiest food, but fresh, healthy organic food can be some of the best comfort food out there,” Jessie adds, noting that the effort could use continued support from logistics providers in the proceeding weeks and months. “What we need most right now is logistic support. Organic farmers, growers, and wholesalers are putting themselves out there. We wouldn’t turn away a little trucking help. Our regular vendors are helping, but the more that can help the better. And this shouldn’t end in a week, hopefully it goes beyond, into the weeks and months that follow.”

Though Hurricane Harvey may dissipate, the devastating effects of the storm continue to be felt, and Jessie tells me that any assistance, from producers, wholesalers, and even retailers, is greatly appreciated.

“Retailers, we’d be happy to help if you have supply lines going in, or if you’re setting up disaster relief kitchens or such, let us know, we will do what we can to help,” Jessie notes. “These folks need more than food; they need everything. If you’re of a heart to donate, Wholesum will help you realize that goal! More than anything we want what we are seeing to multiply—people helping people. And our hats off to Feeding Texas,” Jessie says, praising a community partner in the effort. “Krista Cole and her team didn’t quite know what to do with such a big offer, but she put in the work…You have to pause and appreciate the coordination effort of all of those on the ground serving these displaced families and folk; it’s such a massive undertaking. Our hats are off to all of them.”

We at AndNowUKnow applaud Jessie Gunn, the Wholesum Harvest team, and its partners for their efforts.