MOUNT MAUNGANUI, NZ - Bon voyage to Zespri SunGold Kiwifruit as the company heads to China and Japan following this season’s early start to harvest for the first time! 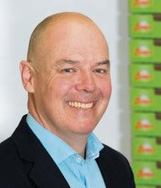 “This will mean we’ll have more than 18,000 containers to ship this season,” Zespri Chief Grower and Alliances Officer David Courtney said. “We’re also expecting to use 45 charter vessels—three to move our kiwifruit to Northern Europe, twelve to service our Mediterranean markets, and thirty to take fruit up to Japan, China, and Korea.”

Courtney also added that Zespri expects more than 600,000 pallets of kiwifruit to be shipped offshore this season in total. According to the company’s press release, the Southampton Star “departed from Tauranga Harbour yesterday evening carrying approximately 3,000 pallets of Bay of Plenty-grown SunGold Kiwifruit bound for Shanghai and Kobe. The vessel had earlier berthed in Gisborne where it picked up 1,600 pallets of SunGold Kiwifruit, marking the start of what promises to be another bumper crop.”

The company also stated for the first time, Zespri is expecting to supply more gold kiwifruit than green this season. 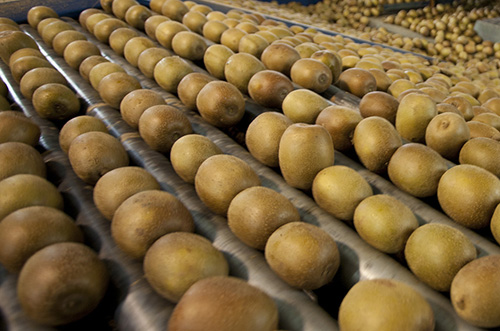 Zespri’s two most significant markets remain Greater China and Japan and are expected to continue to perform strongly as Zespri expands into new areas within these markets.

With the first shipment of Zespri’s SunGold Kiwifruit now safely aboard, Courtney said they look forward to introducing the kiwifruit and its health benefits to consumers across the world and continuing to move closer to the company's goal of increasing its global kiwifruit sales to $4.5 billion by 2025.