PHARR, TX - Officials with the U.S. Customs and Border Protection Office of Field Operations were kept busy last weekend, when illegal drugs were found in two separate shipments of vegetables.

Nearly $2 million worth of cocaine and marijuana were reportedly found and seized in shipments of carrots and cucumbers coming through South Texas’ Pharr International Bridge. 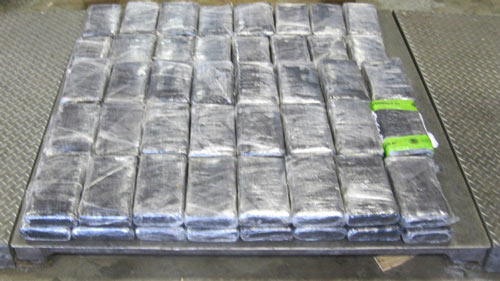 Officers removed 6,709 small packages of “alleged marijuana,” according to a Fox 5 report, weighing more than 2,600 pounds and estimated at a street value of more than $525,000 in several boxes of cucumbers.

Just hours later, 64 packages of cocaine were discovered stashed in a commercial shipment of fresh carrots, adding up to about 164 pounds at an estimated street value of about $1,258,000. 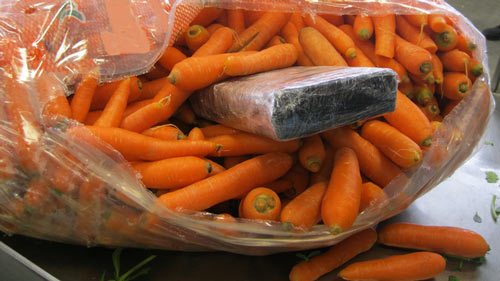 “This was definitely a productive weekend at our Pharr, Texas cargo facility,” Javier Cantu, Acting Port Director for the Hidalgo/Pharr/Anzalduas Port of Entry, said, according to Fox 5. “Our frontline officers accomplished these extraordinary seizures of narcotics while still processing legitimate importations, an outstanding and sometimes unnoticed aspect of our job duties.” 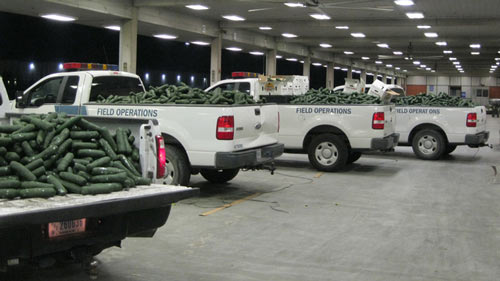 Together, the two seizures add up to 2,764 pounds of illegal substances, totalling in $1,784,458. Both discoveries, which currently remain under investigation by Homeland Security, were made with both canine enforcement teams and non-invasive vehicle imaging technology.