FAIRFIELD, CT - Ahold USA’s millennial-focused format is closing one of its initial pilot stores at the end of this month.

Fresh Formats, LLC, announced that the Fairfield, Connecticut bfresh® pilot store will be closing its doors after just six months in business.

“While we are pleased with the customer response to other Fresh Formats locations, it became apparent that this particular location was not suitable for the bfresh concept and the company made the difficult decision to close the store,” the company stated in a Facebook announcement. “The company will continue to test and learn with each new store opening, with a focus on urban locations.” 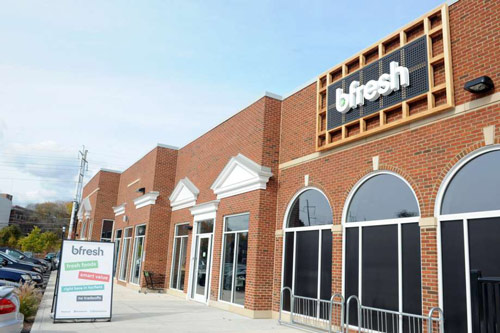 Affected employees have already been notified, Fresh Formats added, with the closure date expected to be on or before April 30, 2016.

“Fresh Formats is sensitive to the impact this decision will have on its teammates, loyal customers, and the Fairfield community it serves, and will support impacted teammates through this transition,” the company stated in the post.

The Fairfield store is one of two markets the pilot was launched in, according to parent company Ahold USA’s website, the other being Allston, Massachusetts.

On the positive side, Fresh Formats said that the close will allow it to focus on investing more on continuing to build its presence in the Northeast, including Connecticut, and that this will not stop it from moving forward with more stores in the Boston, Massachusetts, area.

According to the statement, plans are in motion to go forward with two new stores slated to open later this year, both in the Boston area.

The brand was established in 2015, with Fairfield being the format’s second test after it premiered in Allston.

AndNowUKnow will continue to follow the brand as more details develop.