SAILSBURY, NC - Aldi has reached an agreement with the Delhaize Group to purchase 66 Bottom Dollar Food stores for a total of $15 million. This transaction, which includes the land, buildings and leasehold improvements associated with the Bottom Dollar Food banner, will significantly expand Aldi's presence in the greater Philadelphia, southeast New Jersey, and greater Pittsburgh regions. 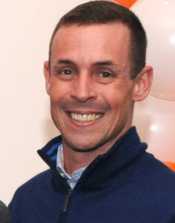 According to a press release, Bottom Dollar is currently expected to continue the operations of its stores through the end of the year, after which it will close all 66 locations and retire the Bottom Dollar banner. The retailer shared that it plans to offer each of its associates severance, as well as career transition services for those eligible.

The Delhaize Group shared that this sale agreement, which will end Delhaize's participation in the U.S. discount retail sector, is part of its overall strategy to focus on its core operations centered around traditional retail outlets.

This transition created an exciting opportunity for Aldi, which is currently working to expand its store base in order to add 650 new stores nationwide. This would bring its total store count up to nearly 2,000, a milestone the retailer hopes to reach by the end of 2018.

This transaction and key early step towards Aldi's longterm goal, is expected to close during Q1 in 2015.

Congratulations on the completion of this latest acquisition, Aldi!