ENSENADA, MEXICO - This fall is packed full of produce shows, and each one showcases different aspects of the industry—truly, no two shows are alike! This year, the 12th Annual Congress of AMHPAC (Asociación Mexicana De Horticultura Protegida) was held in Ensenada, Baja California, and attracted more than 500 participants. While there were several parts to the event, and more than a few surprises, all who attended gained valuable insight into the industry.

Oscar Woltman de Vries, after serving three years in charge of leading the select group of producers that make up the National Directing Council of AMHPAC, gave his last report as President of AMHPAC. 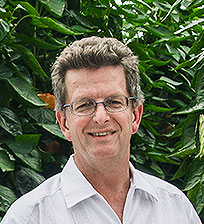 "To my fellow Counselors, my thanks for their selfless dedication and dedication throughout this period, I also want to extend my thanks to Alfredo Díaz for his unconditional support to me and his team, his constant effort, and his friendship," he commented.

During the report, he detailed the most important achievements throughout his tenure, and conveyed how gratifying it has been to lead the National Directing Council of AMHPAC. He also mentioned how the position at the forefront of the organization required him to pay closer attention to its organization and administration.

At the event, almost 200 agricultural representatives of farmers from 22 states of the Mexican Republic were in attendance, along with representatives from Mexico, the U.S., Canada, Holland, France, and Spain. Among the highlights were the new National Directing Council of AMHPAC, sworn in with incoming President Guillermo Jiménez Cárdenas, and 50-plus sponsors of AMHPAC having a stand in the commercial area of this year’s event. 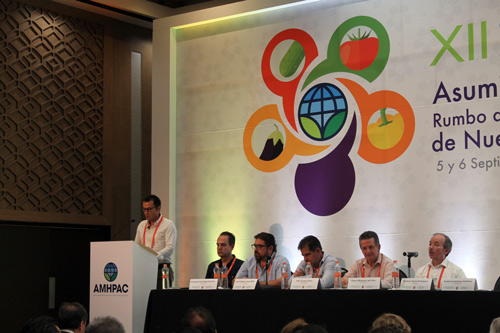 This year kicked off with a 5K race sponsored by Rijck Swaan, Fresh Mex, and Green House Produce Company, where nearly 100 attendees participated in a great chance to exercise while connecting with colleagues and potential clients. The speedsters who blasted past the competition included Kurt Tsuo, Produce Pay; Luis García, Horticonnect; and Julián de Ambrosi, Control Union.

If the 5K was the warm-up act, the show officially began at the Inaugural Act that featured several important officials from the Protected Vegetable Industry in Mexico at the presidium. Members included: 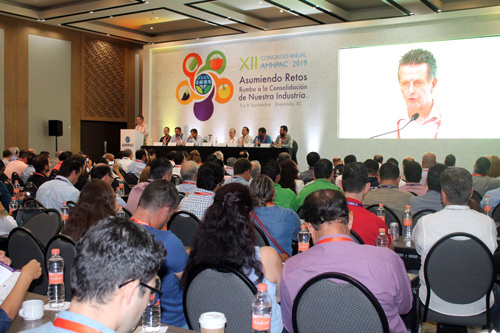 The opening ceremony concluded with a special recognition given to the company of Querétaro, Agros SA de CV, as Exemplary Partner of 2019. The honor acknowledges the commitment and delivery of the company within the industry and the highest level in Agrifood Shielding program (Level 5), which involves certifications with the highest standards of safety, traceability, and social responsibility. Monserrat Duarte, legal representative of the company, was on hand to receive the award.

Assembly Members who were present also voted on the new board of directors that will represent more than 250 producers and 70 sponsors of AMHPAC for the next two years, according to a press release. 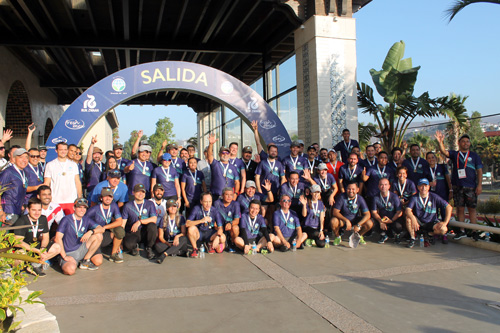 The team explained the political environment in which the negotiations took place, the challenges involved in the negotiations, the main aspects of the agreement, the percentage participation and border inspections, and more.

“I believe the signing of the TSA, with its present limitations, will allow the Mexican Tomato Industry to sell in the USA a high quality tomato produced according to the latest quality and social responsibility requirements to fully satisfy a basic need of our neighbour consumer,” Oscar Woltman de Vries said.

For more news on industry events like this one, keep reading AndNowUKnow.