LEVERKUSEN, GER – In its next move to approach a potential buyout of Monsanto, Bayer has announced that it has extended a $64 billion bid to the company with a second all-cash offer, as well as certainties regarding Monsanto’s previous concerns.

"We are convinced that this transaction is the best opportunity available to provide Monsanto shareholders with highly attractive, immediate, and certain value. Bayer is fully committed to pursuing this transaction," said Werner Baumann, CEO of Bayer AG.

In the offer, Bayer raised its all-cash offer to Monsanto shareholders to $125 per share from $122 per share. This offer initially occurred verbally on July 1, according to a Bayer press release, with the updated proposal following on July 9. Bayer stated that this offer is a premium of 40 percent over Monsanto’s closing share price on May 9, 2016. 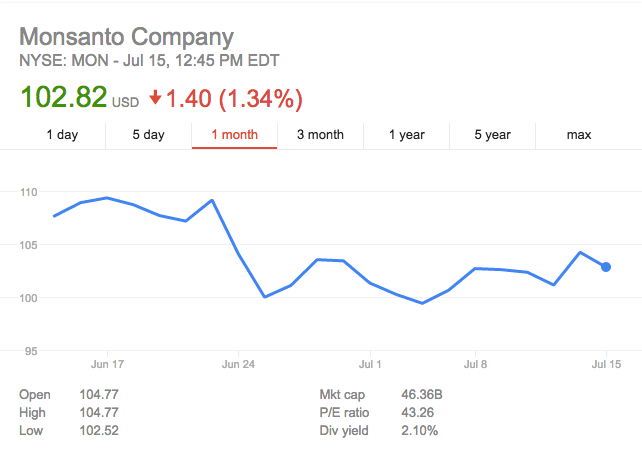 In addition to the raised cash offer, Bayer declared that its offer will provide transaction certainty and would not be subject to a financing condition. Bayer intends a Syndicated Loan Facility Agreement to be sufficient in providing the entire transaction’s financing. The buyout, if accepted by Monsanto, would be underwritten by BofA Merrill Lynch, Credit Suisse, Goldman Sachs, HSBC, and JP Morgan.

Bayer stated that over the past several weeks the company has been engaging in private talks with Monsanto. These talks come after Monsanto rejected Bayer’s initial bid for a takeover, stating that the bid was too low and did not provide enough financial reassurance for Monsanto. 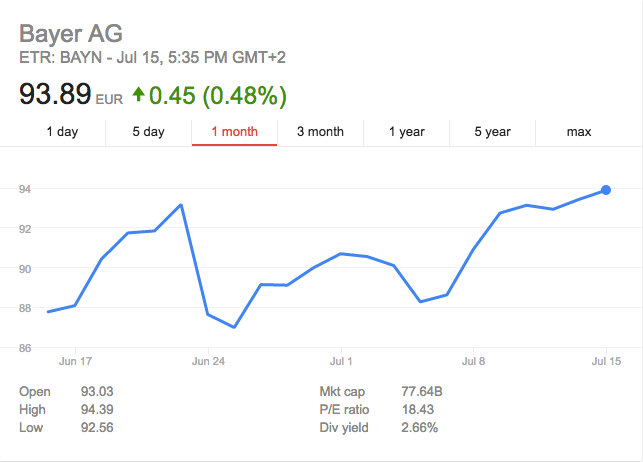 Monsanto stated in a press release that it has received Bayer’s offer, and the company’s Board of Directors will review the proposal with its financial and legal advisors. Sources close to the matter, according to Reuters, stated that Monsanto may respond to the offer as early as next week, although Monsanto has yet to provide a confidentiality agreement that would allow Bayer access to its finances.

Reuters also reported that Morningstar analysts have stated that the bid may still not be high enough to entice the Monsanto board into agreement.

Bayer said that it believes its offer captures the intrinsic value of Monsanto and the subsequent benefits that a buyout would create. Final approval of any definitive transaction agreement would still remain subject to the Supervisory Board of Bayer.

As the industry awaits Monsanto’s answer, and further information regarding this potential creation of the world’s largest seed and crop-chemical supplier, AndNowUKnow will continue to have the latest.