BOISE, ID – Albertsons has made yet another executive change, promoting the President of its Intermountain Division; Brad Street, a 30 year veteran of the grocery industry, will now serve as President of the company’s Northern California Division, succeeding Tom Schwilke. 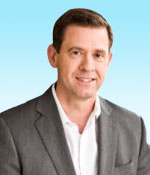 “He’s already a President and a terrific one, so he’ll bring all of the skills he has to another marketplace for us,” EVP of Human Resources and Public Affairs Andy Scoggin told local news source the Idaho Statesman.

According to the Statesman, Street started his career with Albertsons in Salt Lake City in 1983 and worked in several store positions eventually making his way to store manager. He was then promoted to district manager, working in the company’s Houston and Northern California divisions. After the chain was sold to SuperValu investors in 2006, Street was promoted to Director of Operations and then Vice President of Operations for the company’s Boise-based Intermountain West Division, overseeing operations for 188 stores.

Street briefly served as Vice President of Operations for the company’s Jewel-Osco division, before being promoted to President of Albertsons’ Intermountain Division in 2015.

Street will be succeeded in his former role by John Colgrove. Colgrove formerly served as Vice President of Marketing and Merchandising for the Intermountain Division before being promoted to SVP of Albertsons’ Denver Division last year.

News of the executive move comes just days after news broke that Jim Perkins, formerly Albertsons' Executive Vice President of Retail Operations and Special Projects and President of the Acme Stores Division, would take control of Safeway’s Eastern Division—a position vacated by Dan Valenzuela after just over a year.

For more on all things produce, stay tuned to AndNowUKnow.