CALIFORNIA - Statistically, right now, we find ourselves in a one in 100-year drought. Ian LeMay, President of the California Fresh Fruit Association (CFFA) shared this notion with me as we discussed the state of California’s water today and what we can do to advocate movement and action across this issue. The crux of this: We need to make meaningful water investments like generations before us have. And it needs to be done now. 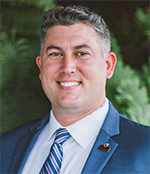 “If you consider that California’s water infrastructure was primarily built in the 1940s, 1950s, and 1960s and was meant to provide water to 17 to 18 million people, you can see where our concern comes from,” Ian shares. “Today, our state is home to approximately 40 million people, and the infrastructure is no longer equipped to store the water needed to grow food and meet the daily needs for such a population. Our water system in this state is over-prescribed. We need to act today.”

As we previously reported, under last month’s drought proclamation expansion, 41 California counties are now under a state of emergency, which represents 30 percent of the state’s population. California will invest $5.1 billion in water resiliency and infrastructure efforts in response. The nuts and bolts of California’s water strategy are to address conveyance flexibility for state water officials to expedite the review and processing of voluntary transfers of water rights holders.

“Additionally, we need to expedite the building of the Sites Reservoir in Northern California, prioritize the retrofitting that is currently planned at the San Luis Reservoir, which not only would fortify the dam, but give us an opportunity to raise the capacity,” Ian explains. “We need to prioritize and speed up the permitting process for water banks throughout the state in areas that are able to sink and store water underground.” 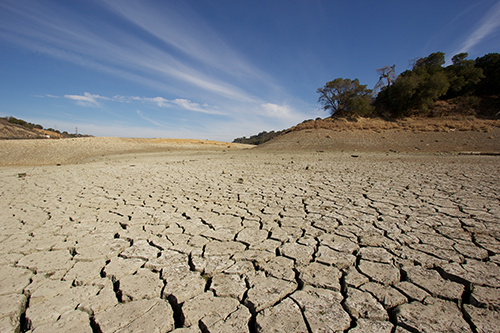 Possible investments in new conveyance elements like a cross-valley canal will allow the state to move water in different ways than we currently can, Ian goes on to explain.

State and federal governments need to come together with private stakeholders and identify California’s priorities. We need to make meaningful water investments that address our degrading groundwater aquifers, outdated reservoir capacities, and collection abilities, and we need better conveyance—all topics in which Ian and CFFA are incredibly passionate about.

“Not only do we need to identify and plan for what is needed today, but we also need to look several years down the road at what our future needs will be as well. That is why, right now, you’ll find organizations like CFFA advocating for Senator Melissa Hurtado’s SB 559, which just passed the state Senate last week,” Ian says.

SB 559 is The State Water Resiliency Act of 2021 and will allocate $785 million to repairing vital delivery systems that provide drinking water to communities throughout California and water to sustain the state’s leading agricultural economy.

Funds for these projects include investments to fix the Friant-Kern Canal, the Delta-Mendota Canal, and major portions of the California Aqueduct, Ian adds—all vital water arteries that go throughout the state.

“What this money would do is fortify and help improve functionality so that we can keep capacity in those canals to move water when we have it. Those are things that we need to do as a state, just for functionality’s sake—but that doesn’t deny where we find ourselves today in 2021,” Ian shares. “California didn’t receive the snowfall in the Sierras this season that we have had historically. There was an uncommonly extensive snowmelt in April and May that actually didn’t end up being the traditional runoff we customarily see, and our reservoirs didn’t fill like they normally do. With our population and the state’s multiple industries that demand and need a viable water supply, we find ourselves in a very tenuous situation right now.” 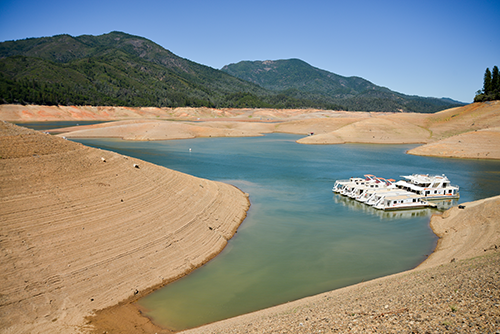 Ian breaks it down for me this way: Historically, in California, when we find ourselves in a drought, it limits surface deliveries of water to our farmers, so we have to rely on an underground aquifer.

“California is blessed with layers of aquifers that make up our groundwater basins, but due to the implementation of the Sustainable Groundwater Management Act (SGMA) our ability to rely on those aquifers will change. When the growers find themselves in a drought, they can no longer rely on groundwater to fill the void of surface deliveries, the law just won’t allow it. This will present an immense challenge because, traditionally, most of our commodities need about three-acre-feet of water in a given season to produce and to bear fruit. When allowances are restricted to something like one-and-a-half acre-feet of water, growers will be forced to make difficult cropping decisions,” he says.

In a nutshell, one way we can begin to address and impact the lifeline of ag in this state is to buy California-grown produce, Ian adds. The statement resonates strongly with this California-native.

We pause here for a moment to cast an eye over the immensity of the issue. The need for consumers to buy California produce is a huge part of the solution for Ian, CFFA, and many other advocates walking this essential line.

So, please stay tuned as we break into the conversation around California-grown in the coming weeks with Ian LeMay, CFFA, and more. Until then, explore the issue, raise awareness, send us your thoughts. Let’s raise the volume together in the fight for a more cohesive strategy and execution around California water.