WASHINGTON, D.C. – This week at United Fresh’s Washington Conference, over 500 industry attendees ascended on Washington, D.C. to meet face-to-face and start a dialogue with lawmakers and staff at key congressional offices. This, along with excellent intra-industry networking opportunities, made for an exciting and valuable two-day experience for all who attended.

"More than 500 fresh produce industry members came to Washington DC this week from over 40 states to raise awareness on critical issues impacting our business,” Robert Guenther, Senior Vice President of Public Policy for the United Fresh Produce Association, tells me. “These issues range from advancing access in federal school lunch and school breakfast programs for more fresh fruits and vegetables, to urging Congress to act on drought legislation, which is severely impacting the Western United States.” 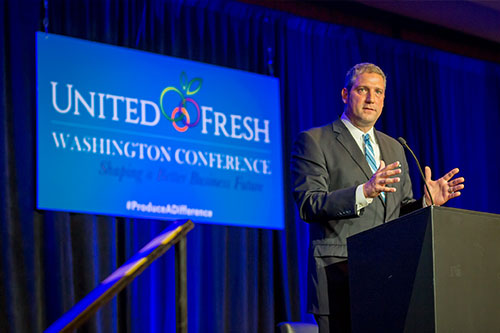 Then, 300 of United Fresh’s industry leaders came together and met with lawmakers of the House of Representatives Tuesday in the annual march on Capitol Hill. Industry leaders were able to voice their concerns about immigration reform, nutrition policies, and the impact of economics and regulatory challenges on their operations. 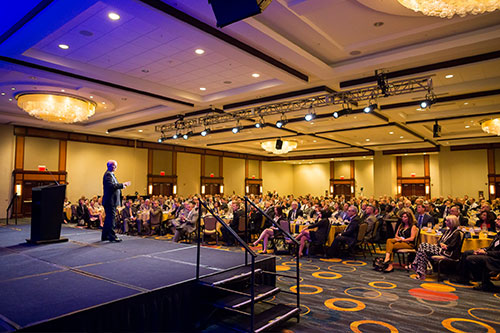 Tuesday night, attendees were treated to the first United Fresh Political Action Reception & Dinner at one of Washington, D.C.’s most impressive historical landmarks, Union Station. Industry members came to hear an address from House Agriculture Committee and Transportation & Infrastructure Committee Member, Congressman Rodney Davis of R-IL, who is working around the U.S. to make a difference on critical business issues facing the nation.

The conference ended at Wednesday's luncheon with an enlightening address from Tucker Carlson, Political News Commentator and Co-Host of Fox and Friends Weekend, who presented “an insider’s look” on Washington, politics, and everything in between. 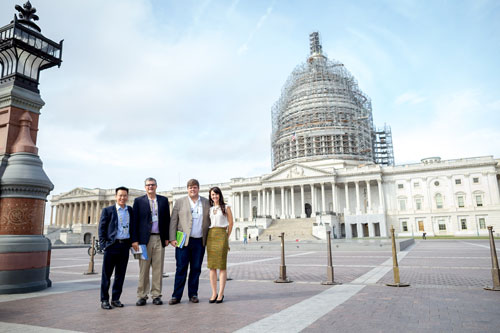 “United Fresh is grateful to the industry and its understanding of the importance of connecting with their elected officials here in Washington, D.C. each year,” Guenther continued. “It allows us to continue the fight every day here in our nation’s capital in advancing our industry priorities and ensuring we have competitive and successful fresh produce industry for generations to come." 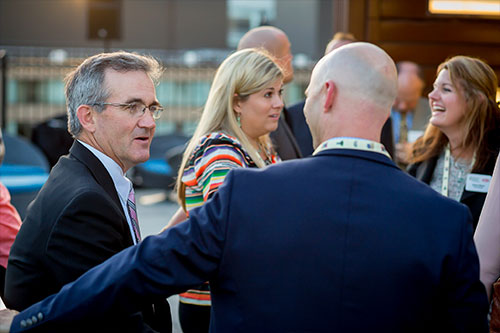 With the two key takeaways from the conference being the need for action on school nutrition and immigration reform, hopefully the produce industry joining together and voicing their concerns on these issues will lead Congress to act.