CINCINNATI, OH - Kroger announced recently that it is implementing Kroger EDGE—Enhanced Display for Grocery Environment—in 16 of its stores. The system isca new, cloud-based signage solution for retailers. According to a press release, this new technology displays digital prices, deals of the hour, and more, right on the shelf, without the need for paper signage.

EDGE relies on Microsoft Azure to store and process volumes of data generated by customer actions on and around the shelves. Connected by IoT (Internet of Things) sensors, EDGE sends real-time information from every aisle and endcap at 16 test stores, all of which are located near Kroger company headquarters in Cincinnati, Ohio.

Rather than paper signage revealing information about the items, nutritional data as well as key merchandising language can stream from the IoT-enabled display. If your consumer is gluten-free or looking to buy local, they'll be able to see that information instantly. Bluetooth in the shelf will interact with consumers’ smartphones, making the shelf light up underneath the item they need to place in their shopping cart. 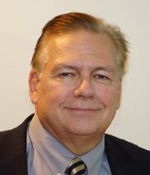 “It’s cleaner and environmentally efficient—and our customers perceive that and like it,” stated Brett Bonner, Kroger’s Vice President of Research and Development. “This is green power.”

Another key factor to the popularity of EDGE is the fact that it doesn’t require the bright lighting generally required to light up all the paper signage in a grocery store. According to the press release, the system currently uses an LED light source that uses far less power than incandescent or fluorescent light bulbs. Bonner noted that EDGE will soon run on renewable energy sources. 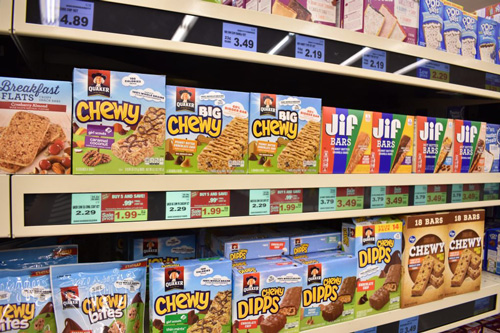 Using cloud-based software has also helped the retail giant gain a financial edge. With Azure, EDGE can set dynamic pricing, meaning that commodities like seasonal produce can be priced closer to real-market values or highlighted for flash deals. Kroger reported that this has helped boost sales.

“It brings the information richness of the internet to the sights, sounds, touch and feel of retail,” Bonner said. “The path to purchase for an internet shopper is typically a click and wait. In this case, you’ve got all those features—and standing in front of your product is a motivated buyer ready to reach and pick.”

In the press release, it was reported that Kroger has run thousands of tests on EDGE to assess customer response. Experimental demos were concocted to help build futuristic features of the system. 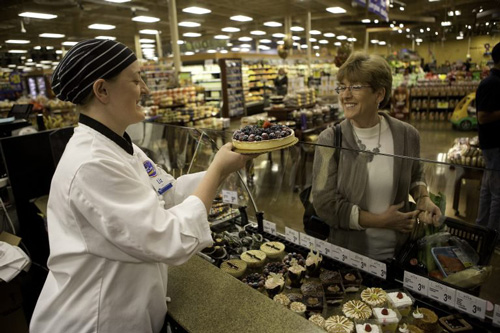 For example, one demo involved an app which allowed customers to give their smartphones instructions, like: “Show me the item with the least sodium,” causing the shelf containing that product to light up, says Kevin Fessenden, EDGE Product Manager. Another allowed consumers to create their own avatar, which would pop up on the shelf of the item they needed as they walked through the store.

This year, Kroger plans to introduce EDGE at 120 total stores.

What will come next in the world of grocery tech? AndNowUKnow will continue to report.