"We believe this transaction represents a compelling proposition for our shareholders and crystallizes the substantial value created in recent years through the various strategic developments and the strong operating performance," said David McCann, Chairman of Fyffes, according to the BBC News.

The company produces, ships, ripens, and distributes a number of produce items, including:

Fyffes currently employs more than 17,000 people around the globe, according to the report, turning over about €1.2 billion (just over $1.26 billion) annually. 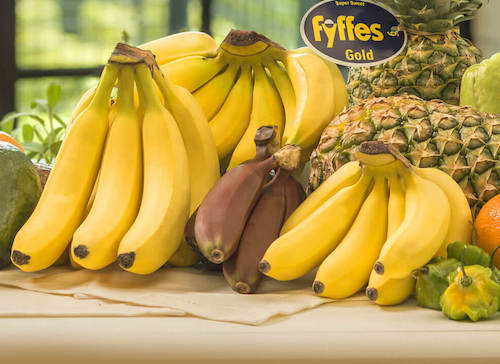 "We look forward to working with the Fyffes team to further develop the business over the longer-term and to expanding into new markets," said Hirohiko Imura, Managing Executive Officer of Sumitomo, which BBC noted as supplying about one in three bananas sold in Japan.

While it was not disclosed when the deal might be sealed, Fyffes did state that it has recommended the acquisition to shareholders, 27 percent of whom had backed it as of late last week.