“Kroger is fortunate to have a leadership team that combines deep experience with creative new talent as we strategically reposition the company through our Restock Kroger Plan," said Rodney McMullen, Kroger's chairman and CEO, in a recent press release.

"There are few people in our industry as widely respected as Fred," said McMullen. "He worked tirelessly to establish the Harris Teeter brand and, after our merger, to help position Kroger for future success. We've all benefited from Fred's passion for grocery retail and operational excellence. We are grateful for Fred's distinguished service and many contributions to Kroger and Harris Teeter, and we wish him and his family all the best." 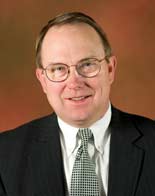 Morganthall’s built a name for himself as an industry professional in 1973. After starting his career at Procter & Gamble, he transitioned into grocery retail in 1978 at Spartan Stores in Grand Rapids, Michigan. He held a wide variety of responsibilities at this early stage, including grocery, frozen, and dairy purchasing, as well as the general manicuring of merchandise. The industry-known executive launched his career at Harris Teeter in 1986. His first role was the Director of Grocery Merchandising before transitioning into several other executive roles at the company, including Vice President of Merchandising, Vice President of Distribution, Vice President of Operations, and, finally, President. His leadership skills carved out a name for Harris Teeter, establishing the company as a store showcasing exemplary customer service and in-store experience.

The 2013 merger between Harris Teeter and Kroger gave Morganthall more room for professional growth, as he took on the role of Senior Vice President of Kroger in June of 2015. Later that year, in September of 2015, he took on his current role as Executive Vice President of Retail Operations. His continuous proactive efforts and active leadership within the industry, including his role as the Chair of the Food Marketing Institute, led him to his 2016 win of the Sidney R. Rabb Award from FMI.

After all of his dedicated work throughout the years, Morganthall will soon enjoy the bliss of family and travel in retirement as Donnelly takes the stage with his new role at Kroger.

"Mike and his team will help us redefine the food and grocery experience for customers and drive sales," said McMullen. "By bringing merchandising and operations together under Mike's leadership, we will build synergies between our teams and accelerate our efforts to establish a truly seamless customer experience."

Stay tuned to AndNowUKnow to keep updated on the progress made by Kroger as it transitions into this new stage of executive leadership.