The retailer said it is turning its focus to core Westchester stores in Yorktown Heights, Briarcliff, Mount Kisco, Eastchester, and Larchmont, according to news source Westfair Communications.

“Mrs. Green’s Neighborhood Market has been a part of the fabric of the Westchester community for three decades and this announcement demonstrates our long-term commitment to providing our customers with the locally-sourced produce and healthy-living products they love,” a release stated yesterday, Nov. 15th, according to the report. “While the closure of any location is difficult–especially because our customers and communities have supported us–they are also necessary as we focus on our core, profitable stores.”

With those core store listed, this leave up for closure:

The West Village and Stamford stores will close immediately, a spokesperson told the publication, while the Rye, Tarrytown, and Fairfield locations will be closed by week’s end. 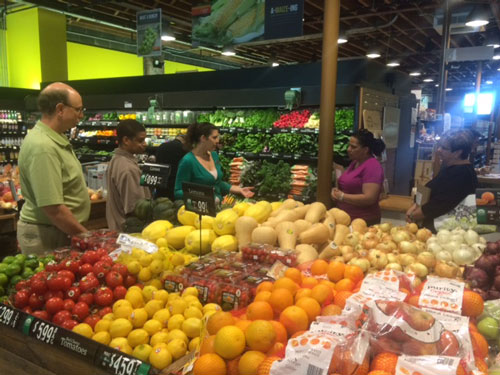 In regards to the outgoing CEO Pat Brown, who took up his position in October of 2014, existing management will step in to take over his duties. While the company did not comment on a replacement, or when an announcement on a replacement will be made, it thanked Brown for his service over the last two years.

As a result of the restructuring, plans to expand in Dobbs Ferry, New York have been terminated. A spokesperson added that, despite being a part of Natural Markets Food Group, owned by Toronto-based equity firm Catalyst Capital Group Inc., only Mrs. Green’s is planned to be affected by this latest move.

The company plans to provide severance packages and transition services to all associates and managers affected by the closures.