NEWARK, DE - PMA will be experiencing a year of transition with the onset of 2016, with CEO Bryan Silbermann announcing his plan to retire at the end of January 2017 after 33 years.

With a detailed plan to pass the torch to current PMA President Cathy Burns, the two association leaders took the time to discuss with me the plan that is in place to usher in this new era for PMA.

“Ever since Cathy joined us two years ago, it’s been my intent to retire on January 31st, 2017,” Bryan tells me, explaining that Cathy will take over officially as CEO beginning that month, January 1, 2017. “And starting on January the first of 2016, all the staff reporting relationships are going to transition from me to Cathy. Cathy will run the day to day operations of the association, I’ll continue as CEO and we’ll work closely together, but she’ll be running the shop.”

During the time that Cathy will be taking on this role, Bryan detailed that he will not be short of things to do, including representing PMA at the association’s worldwide events and meeting with members one-on-one to help them get the most value from their membership.

During this time Bryan will also be:

On the other side, Cathy explained that in addition to running the day to day operations for PMA, three other areas have been identified that she’ll be focused on as it relates to 2016. This, she said, begins with leading the organization’s performance against benchmarks outlined in PMA’s strategic plan 2.0, which was outlined when she joined the association.

“One of my deciding factors in joining PMA was embracing the strategic plan and to own it like I wrote it, which I have for the last couple of years and will continue to do so for the life of this strategic plan,” Cathy said.

Another area of focus will be serving as the primary contact between the Board of Directors and staff, as well as leading PMA’s long-term growth and staff development to ensure the association continues to provide year-round, personalized value to members and industry alike. 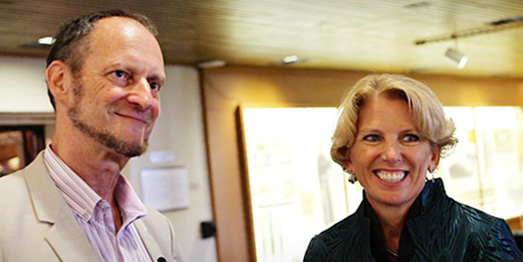 In a statement, Bryan shared that he never imagined when joining PMA in 1983 that he’d be looking back 33 years later at a career that has given him such satisfaction and room to grow.

“What I thought would be a three-year gig ran more than ten times as long! That’s a tribute both to the welcoming nature of the people who make up this great industry, and to the staff family which makes up this world-class association. I can’t wait to see how we grow in the next year and the decades ahead – because helping to grow businesses is what PMA does best.”

We share in Bryan’s excitement as we enter a year that will see the ending of one great chapter for PMA and the start of another. Keep checking with AndNowUKnow as we continue to follow this transition in leadership, and all other new influencing the produce industry.