WAGENINGEN, NETHERLANDS – As scientists, politicians, and the public all keep their eyes on the sky and a long-awaited manned mission to Mars, these Dutch scientists believe they’ve found a veggie-based solution towards further space travel; crops which can be grown on Martian soil.

Ecologist Wieger Wamelink, and his team at Wageningen University, has spent the last three years growing a variety of vegetables in soil to mimic that of Martian land. So far, according to the Smithsonian, Wamelink has been able to grow ten different crops in the simulated soil.

“We had crops and harvested them, tomatoes, rye grains, radish, rocket, cress, but did not taste them yet,” Wamelink said in a statement to Gizmodo. “First we have to make sure that it is safe to eat them because of the heavy metals that are present in the soils and may end up in the plants.”

The team plans to actually eat the veggies as early as today, but first needed to determine if eating any Martian-grown veggies would lead to absorbing high levels of the heavy metals present in the soil such as cadmium, copper, and lead.

“In principle, there could be another problem, but the chances of that are very low and we would taste it immediately,” Wamelink continued. “Plants may form alkaloids when they are under pressure, in high quantities they could be poisonous to us. We will check on them later, to see if any of them are in the crops, together with vitamins and flavanoids.”

Recent tests on radishes, peas, rye, and tomatoes have shown the veggies were safe to eat, although the peas and tomatoes had lower levels of some heavy metals than those grown in Earth soils. Wamelink did note that radishes contained the highest concentration of heavy metals, but speculated that the remnants of the simulated soil may have not washed off the vegetable properly. 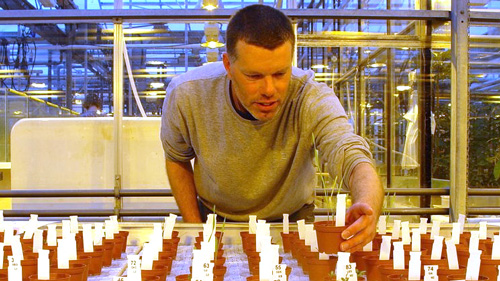 As the team prepares for its Martian taste test, they are also planning to test out grown crops of six other commodities, including potatoes, carrots, and green beans. Wamelink stated that regardless of the vegetables edibility and taste, scientists will still have to sort other issues, such as water supply and solar radiation, before a manned Mars mission results in space agriculture.

Will industry leaders soon be petitioning for their crops and varieties to be grown in the soil of the final frontier?

Keep up with AndNowUKnow for the latest.