BENTONVILLE, AR - Implementing a new system, Walmart’s e-commerce strategy is in for a big change. Online shoppers may find that certain household items they wish to place in their cart will be “out of stock.” These items—considered too far away from a customer’s shipping address—will then be unavailable for purchase. The move stems from the retailer’s attempt to avoid orders with high shipping costs. Prior to this new system, Walmart would ship anything regardless of cost or distance. 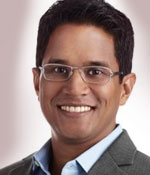 The shift in shipping is part of a test, Walmart said, to see if it can deliver more products via ground shipping, a cheaper option than air shipping, in two days or less. It also aims to reduce what it calls split shipments—online orders that arrive in multiple packages from different warehouses, Ravi Jariwala, Senior Director, Public Relations, told Wall Street Journal.

Executives at Walmart suppliers told WSJ that this new system has led to a decline in sales at certain companies that sell their products online with the retailer. Some suppliers weren’t warned of the change in advance, and under this new system, they will have to stock their products at more Walmart warehouses around the country to keep sales steady, an executive at a large food company told the publication.

Walmart reportedly is using its expanded fulfillment network and tests of this sort to “bring the cost down,” said Jariwala.

The new system is similar to technology used on Jet.com, the online retail startup Walmart bought two years ago, and the company is placing Jet’s Founder Marc Lore at the head of Walmart’s U.S. e-commerce operations.

Will this strategy rule in Walmart's favor? AndNowUKnow will keep you up-to-date.