UNITED STATES - It is with a heavy heart that I relay the passing of sumo legend Byambajav “Byamba” Ulambayar, whose prolific career brought him into the world of produce. As he worked on campaigns with Suntreat’s Sumo Citrus, he became a fixture of the company’s brand presence. I spoke with Sergio Rodriguez and Brett Burdsal, who were able to shine a light on this truly incredibly man and how his life’s work connected with the produce industry. 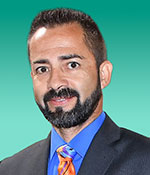 “On behalf of Suntreat Packing and AC-Foods, we express our deepest condolences on the recent passing of Byamba,” stated Sergio Rodriguez, Director of Sales and Business Development. “To say Byamba was a big part of our marketing of Sumo Citrus would be an understatement. He will always be remembered as a great Sumo Citrus ambassador. He was very instrumental over the past three years as he helped us promote and market our Sumo Citrus." 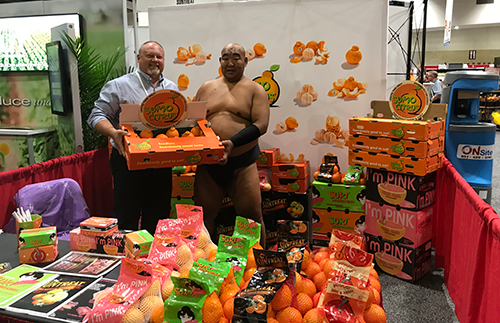 He continued, saying, "I have so many great memories of us spending time together traveling and attending various produce shows across the nation from the PMA’s to the Supervalu/UNFI Expo to in-store demos at many national retail stores. His huge personality and presence always drew a huge crowd to our marketing functions. Byamba will be missed by us and our customers. May he rest in peace.”

Brett Burdsal, Business Development and Sales at Dayka & Hackett, also took time to share a few words with me on how Byamba impacted his work in the produce industry.

“I got to know him during my time at Suntreat. He was a big part of our Sumo Citrus campaign and he was a big trade show draw. He was a great guy; quiet, but actually very funny when he opened up to you. Byamba loved what he did, and working and traveling with him has been one of the best highlights of my career,” Brett reflected upon Byamba's passing. 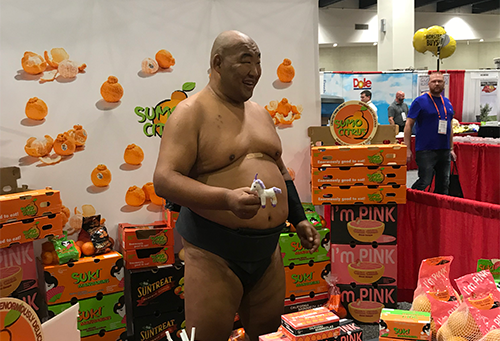 Byamba has been referred to as a Global Ambassador for Sumo, having performed over 1,000 live sumo exhibitions, as well as making appearances across a wide variety of TV shows and commercials, most notably as the Geico Sumo wrestler figure skater, as well as films. Many have called him the most prolific sumo entertainer in history.

We here at AndNowUKnow extend our condolences to Byamba’s family at this time.