PEBBLE BEACH, CA - It is with our deepest condolences that we share the recent passing of one of the industry’s own. Frank Robert (Bob) Nunes peacefully passed away at his home in Pebble Beach, California, on November 6, at the age of 88—a short distance from California’s Salinas Valley where he was raised and lived out his passion and grew an amazing career.

Bob founded the Nunes Company in 1976 with his brother Tom, building the company into one of the most recognized and respected fresh produce companies in the United States and beyond. As an industry pioneer and visionary in the marketing of fresh produce to consumers, Bob was the recipient of numerous awards for his significant contributions to the industry as well as his extensive giving to philanthropic organizations throughout California over the past 40 years.

“My great-uncle Bob was a true gentleman, a visionary, and a beacon in our industry,” Tom Nunes V, President of The Nunes Company, said. “He had an incredible passion and love for the people that helped build our company. I am so grateful for the mentorship and guidance he blessed me with. Bob never stopped looking ahead. He was never afraid of bold moves, and he laid the foundation for the Nunes Company's future success. He was the light of our company—a light that will forever shine bright for all of us.”

Bob was the child of Portuguese immigrants and, from those humble beginnings, he grew to live a rich, full, and wonderful life. Bob was raised on a farm in Chualar, California, and through hard work, family love, and education, he enjoyed personal independence, culminating in a creative and determined vocation in the produce industry. 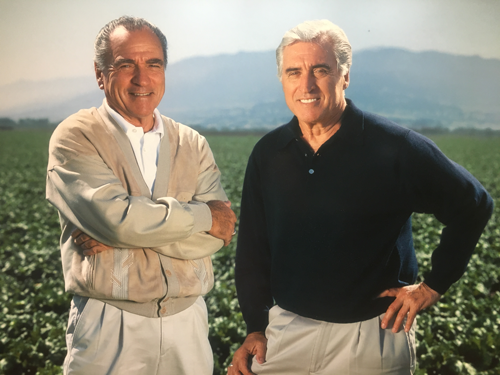 A graduate of Salinas High School, Bob headed to Stanford University, majoring in economics. Following college, he became a vegetable inspector with Monterey County before joining a Salinas grower-shipper as the bookkeeper. Bob joined his brother Tom In the early 1960s and handled sales and marketing for Growers Exchange before founding Nunes Bros. of California Inc. in 1966. Bob believed that marketing to consumers was the key to success.

The formation of Nunes Bros. allowed the company to begin experimenting with cutting-edge marketing ideas aimed at the consumer, becoming one of the first companies to film wrap lettuce. Bob’s innovative ideas helped him land a seat on the Board of Directors of the Produce Packaging Association, which later evolved into the Produce Marketing Association. In 1968, United Fruit Company (a.k.a. Chiquita Brands) bought Nunes Bros. as one of five Salinas Valley vegetable grower-shippers that were to become Interharvest. Bob and Tom briefly ran that company until resigning in 1972 and taking a five-year hiatus from the produce industry. In 1977, they restarted and launched The Nunes Company. 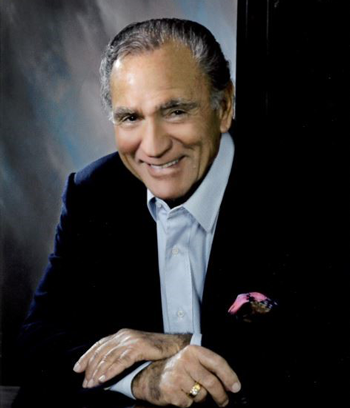 With an eye for innovation and ingenuity, Bob’s approach to selling the company’s products focused on celebrities as spokespersons for the newly named “Foxy” brand vegetables, right out the gates. Over the next 20 years, he would utilize model and actress Brooke Shields, actor Paul Newman, and Dr. Dean Edel, among others, to promote the health and nutrition of Foxy brand products. Working with his brother Tom, The Nunes Company built the highly recognizable Foxy brand into a mainstay on retailers’ shelves across the Northeast.

“In addition to being a mentor, a friend, and a role model, Bob was the most innovative person I’ll ever know,” shared Organic Produce Network Co-Founder Matt Seeley, who worked for 30 years with Bob at The Nunes Company. “He was two steps ahead of conventional thinking and brilliant in developing sales and marketing strategies. But most importantly, Bob was about integrity and honoring your commitments; it’s the reason he was able to build such a special and well-respected company. He was reserved, and never bragged or boasted about himself. He let the quality of the products he produced speak for him on a daily basis and for nearly 50 years nobody has done it better.”

Throughout his many successes, he lived by the simple philosophy, “When the cup runs over, spread it around.” He spent his last years doing his best to help the very young, the old, the very sick, those who cannot care for themselves, and animals. As a child, he wanted to start a Boys Town for Dogs. Through his support of the SPCA, Peace of Mind Dog Rescue, and other endeavors, he nearly did.

In addition to serving on the Board of Directors for Produce Packaging Association and Western Growers Association, Bob also served on the boards of Grower-Shipper Vegetable Association, American Institute of Food and Wine, and Salinas Valley Memorial Hospital Foundation. He served as President of Central California Lettuce Co-op.

In 2007, Bob was recognized for his generous support of both produce and community endeavors as the recipient of the E.E. “Gene” Harden Lifetime Achievement award by the Grower-Shipper Association of Central California. He also received the Hall of Fame Award from the National Steinbeck Center and the Distinguished Trustee Award from the Community Foundation of Monterey County in 2010. His philanthropic outreach was recognized by the Alex de Tocqueville Society of United Way.

The industry leader is survived by his son Bob Jr., and daughter-in-law Kim; daughter Kimberly, five grandchildren, a niece, nephews, and his brother Tom.

A rosary will be held Thursday at Struve & LaPorte Funeral, with a mass at St. Joseph’s Church in Spreckels, CA at 11 a.m. on Friday, November 15.

Our hearts go out to all those who knew Bob and we extend our deepest condolences to his family and friends during this time.