Rick Antle, Founder and CEO at Tanimura & Antle: In Memoriam

SALINAS, CA - It is with deep sadness that Taniumra & Antle has announced the death of Rick Lester Antle, an icon of the produce industry and a legend in agriculture. After a brief battle with cancer, Rick passed away peacefully surrounded by those he loved and hand-in-hand with his wife, children, and grandchildren on Saturday, April 14, 2018. 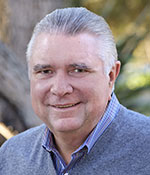 Rick was born on December 15, 1956, in Salinas, California to Robert (Bob) and Sue Antle. His father, Bob Antle, precedes him in death. He is survived by his beloved wife, Tonya Antle; his mom, Sue Antle; his sons, Brian (Amanda) Antle, Jeff Antle, Anthony Pavich; his daughter, Natalie (Eric) Drobny; and his grandchildren, Cameron and Spencer Antle. He is also survived by his siblings and many nieces and nephews.

In 2001, Rick married his soulmate Tonya, and they spent the last 17 years enjoying boating, traveling the world, and their family. He adored his children and grandchildren and was proud of their many accomplishments.

Rick was the embodiment of “larger than life,” and his legacy will always live on. He had a big personality and an even bigger heart. He loved and absolutely mastered the art of adventure—on the mountain, the water, the air, and, of course, on the farm. Skiing, boating, flying, and farming took up most of his life, but people always came first. Family, employees, and friends regularly describe him as a fun-loving, work-hard-and-play-harder kind of guy. He was thoughtful, magnanimous, and a respected mentor.

Through hard work, perseverance, and leadership, Rick is the epitome of a true industry icon. He followed in the Antle family tradition of leadership and innovation, and helped propel the produce industry forward for decades. He was a fearless captain, a true visionary, a selfless leader, and a revolutionary risk-taker.

In 1982, Rick and his father formed Tanimura & Antle with the Tanimura family. Together, it is a perfect partnership of the Antles' strong packing and shipping expertise with the Tanimura's farming expertise. Rick has been President and Principal of Tanimura & Antle since its inception in 1982, then Chief Executive Officer since 2003. Prior to the formation of Tanimura & Antle, Rick was a Vice President of Bud Antle, Inc., which eventually became a division of Castle & Cooke, Inc., known today as Dole Fresh Vegetables.

Rick was a great leader, teacher, and friend to so many at Tanimura & Antle and in the produce industry at large. The success of Tanimura & Antle can be attributed to Rick’s dedication and respect to the company’s employees. His latest achievements include the development of a housing project that provides homes for 800 farmworker employees at Spreckels Crossing. Additionally, he recently spearheaded the transition to an Employee Stock Ownership Plan (ESOP), which gives employees the chance to be part owners. Rick was fond of introducing new technologies and systems into the industry and never lost sight of its essential elements—customers, growers, and employees. He inherited this intense focus from his grandfather, Bud Antle, and father Bob Antle. One of his proudest personal accomplishments was working alongside his sons Brian and Jeff. He constantly challenged his team to provide innovative solutions, even when the ideas were against conventional practice. He believed that creative solutions have made Tanimura & Antle the nation’s premier independent produce grower, shipper, and distributor.

Rick was the humble recipient of many industry awards and recognitions. Among his numerous awards and achievements were: The United Fresh Produce Association 2016 Lifetime Achievement Award, The Packer 2005 Produce Man of the Year, and Cal Poly 1994 Department of Agriculture Distinguished Alumnus. He was also recognized by the Salinas Chamber of Commerce as its outstanding young farmer and has served in many volunteer roles throughout his career.

A Celebration of Life Ceremony will be held at the Tanimura & Antle headquarters on Friday, April 27th at 2:00 p.m. In lieu of customary remembrances, the family requests that donations be made directly to The Rick & Tonya Antle Community Foundation Fund, (2354 Garden Road, Monterey, CA 93940) to support Rick’s favorite charities, including the Salvation Army of Salinas, California, and Yuma, Arizona.

AndNowUKnow would like to share our feelings of respect and admiration for Rick Antle and his contributions. He will be deeply missed by all.