MONTEREY, CA - Produce Marketing Association (PMA) is celebrating Tanimura & Antle’s PlantTape transplanting system for the innovative technological advances it has offered the industry with the organization’s second annual Science & Technology Circle of Excellence Award. The award was announced May 3rd and was presented at PMA’s Tech Knowledge symposium that was held May 2nd and 3rd in Monterey, California. 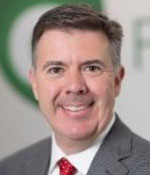 “This year’s winner checks every single one of the boxes for what this award program is looking to recognize and hold up to the industry as exemplary,” said Kennedy. “PlantTape harnesses technology to achieve a broad range of benefits, from reducing labor demand to shrinking farming’s environmental footprint. This is the embodiment of our ‘work smarter, not harder’ mantra.”

“I am honored to receive this year’s Science & Technology Circle of Excellence Award on behalf of PlantTape. Just as this award acknowledges, PlantTape strives to bring automated solutions to an industry with a growing need for continued efficiencies, and of declining resources such as labor,” said Antle.

Using PlantTape requires three employees to plant a field and can run up to seven miles per hour, which is a far cry from those not using the technology requiring a 25- or 30-person crew to plant a field at about one-half a mile per hour. Growers are also given more flexibility in their decision-making process since seedlings can be planted at any phase of growth. Compared to most conventional transplanting plugs, the company uses less peat; it also uses all biodegradable materials and requires less irrigation once transplanted into the field.

Leafy greens, cauliflower, celery, onions, tomatoes, and cabbage are just a few on the list of vegetables that are now being planted commercially through the company’s system. There are still more crops on trial. 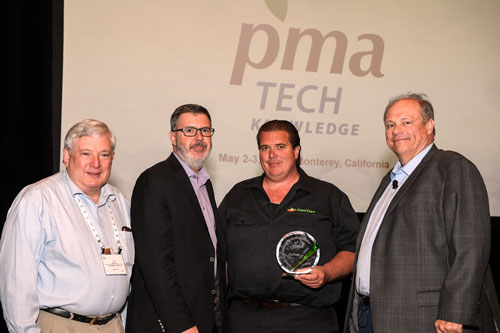 “Science and technology are playing an ever-important role in our industry, particularly to help us solve labor challenges, work smarter and create new business opportunities,” said Dr. Whitaker. “By recognizing innovators in this area, we hope to inspire our industry to follow their lead – that’s why the award is named ‘Circle of Excellence’.”

After 20 nominations came in, a panel of judges that included Jim Brennan of SmartWash Solutions—a previous award winner—narrowed it down to PlantTape. Ultimately, the organization wants the judging panel to consist entirely of award winners.

The Science & Technology Circle of Excellence Award was created by PMA in 2017 and recognizes individuals and companies that solve business challenges by using technological and scientific advancements, creating better products, processes, and customer value. In particular, it takes note on labor efficiencies that lead to the ability for companies to work smarter. This award is one of five Awards of Excellence that PMA offers, which recognizes those who advance the industry with excellent leadership, marketing, and innovation.

Congratulations to the entire Tanimura & Antle and PlantTape teams! We look forward to seeing what lies ahead for the technology and its value for the industry.

For more fresh produce news, keep checking back with us at AndNowUKnow.