BAKERSFIELD, CA - As the never-not-great Rob Spinelli told me, trying to stay ahead of the curve is what Anthony Vineyards' mantra is, after I inquired about the company's organic table grape program and upcoming appearance at the 2019 Organic Produce Summit (OPS). The company is gearing up for the fourth-annual OPS, bringing the very best it has to offer as it prepares to wow the crowds with its exceptional organic offerings. With the grapes and dates Anthony Vineyards plans to showcase, you can bet that attendees will be clamoring for some extra face time at the company’s booth. 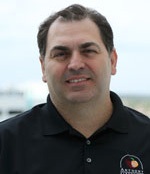 “This year, we'll be featuring organic grapes as well as an organic dates from our sister company—Sun Date, which is based in Coachella,” Rob said. “They'll be showing off some of their organic Medjools and different pack styles that they'll be pushing. With the organic dates we do different types of packs—traditional, 11 pound bulk, five pound bulk, one pound clam, eight ounce clam, and other different things that we can do for retail. On the grape front, we have our program that Anthony is known for—organics.”

Demand for organics is still going strong, Rob tells me, and the category has become much more mainstream in recent years. However, the organic grape market still has some hiccups. Although there is some product coming in from Peru to augment the U.S. harvest, it’s still not a big program, so there is no year-round supply of organic grapes.

When I transition to the topic of OPS, Rob had a lot to say and all of it is good. Anthony Vineyards has been a supporter of the show since its very inception, and Rob tells me that a show dedicated to the organic sector is invaluable.

“We've been with OPS since it started four years ago,” he told me. “When OPS first asked if we would we be interested in doing a strictly organic show, we told them right off the bat—yes, because Anthony Vineyards believes there was a need for a strictly organic produce show, so it doesn't get lost among the masses.” 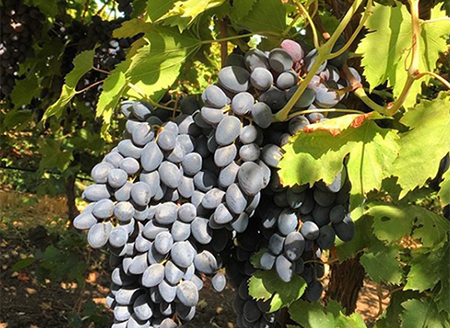 Monterey in the summer, Rob commented, is the perfect location and season for the show, as the entire region is a hotbed of growers, so attendees have the chance to visit suppliers during peak season. OPS also offers the opportunity to bridge the supply- and buy-side sectors in a way that benefits everyone.

“It's always been great, they give us a lot of retail support which makes a great show—you get retail support from all areas of the country,” Rob said. “There's a good turn out of retailers and wholesalers, and this year even the international arena people are coming.”

Anthony Vineyards is eager to share its evolution over the past three years, as it changes out older, traditional varieties, and starts in on newer, popular varieties of red, green, and black grapes. The grower plans to showcase its willingness to take the next big leap, and whether it’s new varieties, or newer, more sustainable packaging, Anthony Vineyards has what it takes to keep up with the competition.

Want to see Anthony Vineyards’ latest and greatest for yourself? Hop on over to booth #303. ANUK will continue to keep you posted on all things OPS as we ramp up for the show.