MARLBORO TOWNSHIP, NJ - As an avid shopper of Trader Joe’s and consistent purchaser of delivery, I have certainly wished for a mobile option from the retailer. It turns out, thanks to sad reactions to a recent April Fools prank by the mayor’s office of a New Jersey township, I’m far from alone.

Marlboro Township’s Mayor, Jon Hornik, released a statement last week announcing the area would be privy to a “world-wide launch of ‘Trader Joe’s Mobile.’” Despite a few subtle hints, which I could only spot because I was in on the joke prior to actually reading the memo, it seems like an excited reveal of some great news for the area’s consumers.

If you don’t note that the move goes into effect on April 1st. 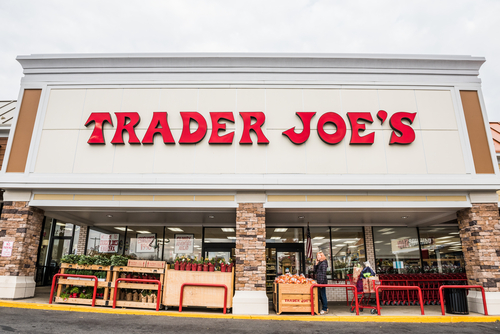 A number of comments on the post displayed excitement for the news, and despair for the realization that Trader Joe’s was not, in fact, suddenly within reach.

“Stop getting our hopes up Mayor! Obviously this a April Fool's joke, and so mean…” one reader wrote on Facebook.

“I'll admit it, the township got me hook, line, and sinker. Mostly due to wishful thinking I guess,” wrote New Jersey 101.5 FM Radio’s Erin Vogt.

Vogt posed hope, however, that the pain of the prank could yet spur Trader Joe’s to make our dreams come true. There certainly was a resounding reaction from the consumer-side that argued for a demand for such a move to be made.

Depend on AndNowUKnow to keep you up-to-date with all the validity of the latest produce industry news as we get through the aftershocks of the holiday for jokesters.