SHEERNESS, ENGLAND – The crime world has infiltrated the produce industry once again, this time, through a shipment of bananas. A large, illicit deposit of cocaine was found by authorities at the Port of Sheerness in England, weighing over 38 kilos, or about 83 pounds.

The banana shipment was seized on Thursday, after arriving on a ship from Panama over the weekend. Authorities value the hidden cocaine harvest at more than £1.5 million, which equates to roughly $2,187,450 USD. 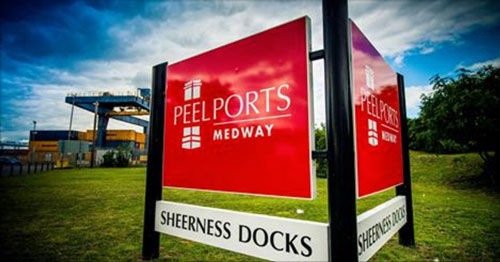 UK law enforcement said in a statement that tests are currently being performed to establish the purity of the cocaine haul, which will provide a more accurate number as to the drugs’ value.

According to Kent Online, authorities said that they are pleased that the shipment was intercepted before it could move forward and into the public. "This detection demonstrates the crucial role Border Force plays in keeping dangerous drugs off the streets of the UK,” said Border Force Assistant Director Mark Kennedy in a statement.

The Sheerness port is no stranger to the seedy side sometimes seen in the agriculture and shipping containers which pass through its territory. Earlier this month, Kent Online reported that authorities found over 260 pounds of liquid cocaine in five refrigerated fruit containers at the docks.

"We are determined to do all we can to stop drug smugglers and work with law enforcement partners to bring those responsible to justice," finished Kennedy.

As we’ve previously reported, Class A drugs hitching a ride to shipments of produce seems to be a growing international trend as traffickers explore ways to push their product. A trend which authorities appear to be matching in a careful eye on fruit and vegetable shipments.

Check back with AndNowUKnow as we keep an eye on the battle of fruits and contraband within the industry.