“We’re very excited about the fact we have Jeff coming over as CEO. With all his experience in the produce industry he will easily fit with what we’re trying to do here," Delbert Bland, President and Owner of Bland Farms tells me. "Jeff and Troy will be working hand-in-hand in their new positions, with Troy handling the operations and packing, and Jeff running the day to day of the company as CEO.”

Bailey has worked in various legal positions throughout his over two decade career, including a tenure of over 12 years as Associate General Counsel for Del Monte Fresh Produce, according to his LinkedIn profile. Most recently, his profile says that he was employed with law firm Ring Bender McKown & Castillo LLLP, where he advised companies on a broad range of corporate day-to-day legal matters, including commercial transactions, employment and labor related issues, corporate immigration matters, corporate compliance, and mergers & acquisitions. 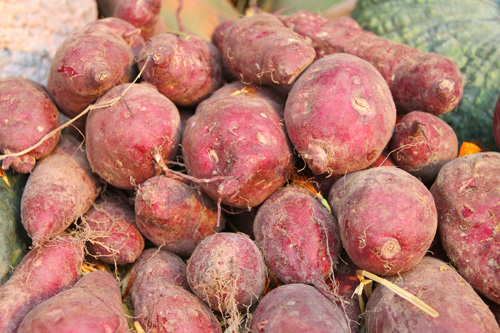 “Our business has been expanding and growing, with the sweet potatoes being a huge plus for us. Sweet potatoes also continue to be successful,” Delbert added. “Whether its potatoes or onions, you know it’s going to be sweet if it’s from Bland Farms.”

The company says these new moves represent an organizational transition mapped out by Delbert Bland and Bryce Edmonson, Bland Farms’ previous CEO. Troy Bland’s promotion to COO sees a third generation of the Bland Family take on an executive level role at the company, started by his grandfather Raymond Bland more than thirty years ago, according to a press release. Edmonson remains with Bland Farms and will serve as Senior Vice President of Business Development, while Delbert Bland will continue in his current role as Owner and President.