CALIFORNIA - While the snowpack bursts with needed precipitation, there seem to be other areas that California’s long-awaited wet winter has caused turmoil. With flooding and infrastructure prompting need for repair, it looks like the state could be facing up to $50 billion in mending.

This includes roads, dams, and other structures affected by the elements.

The official recently testified at a senate hearing that the state is experiencing what is likely its wettest year ever, with severe winter storms bringing torrential rain and significant snow after five years of drought. 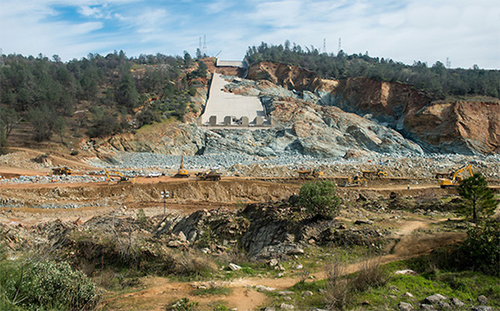 As we have previously reported, the onslaught of needed rain has brought with it damage to the Oroville Dam that necessitated evacuations in the region, as well as an estimated $600 million in highway damages.

Following numerous storms of heavy rain, water managers employed the emergency spillway for the first time in the dam’s 48 years. Likewise, we recently saw that California’s snowpack nears breaking a three-decade-long record and that the regions out of drought are the highest they’s been in years.

As the state adjusts to the shift in Mother Nature, and the costs and benefits of those changes, AndNowUKnow will continue to report the latest.